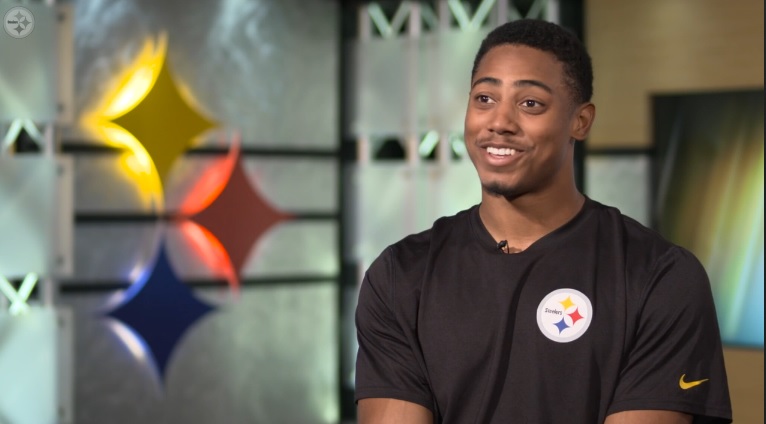 Pittsburgh Steelers rookie outside linebacker Travis Feeney finally returned to practice in the closing days of training camp, and it seems to be coming just in time—in time that is to likely push for some quality playing time tonight during the team’s second preseason game against the Eagles.

The fact that the Steelers are dealing with some injuries at the position with players that are banged up should allow him to see a fair amount of time, and will likely play ahead of players such as Mike Reilly and Jordan Zumwalt, both of whom played extensively in the opener.

Bud Dupree failed to return to team or individual work by the end of training camp after missing the first preseason game. Anthony Chickillo has also been held out after leaving the opener with an ankle injury, while Jarvis Jones, who also did not participate in the first contest, is an uncertain commodity with regards to participation.

38-year-old veteran James Harrison is not likely to see extensive playing time during the game, either. In Jones’ absence, he started the previous game, but he left after ending the Lions’ opening drive with a strip sack. On the extended drive, he was also subbed out for a handful of plays before returning for the final snap.

Considering the number of players who will either be on the sideline or likely not play a high number of snaps due to age or recovering from injury, that should leave plenty of opportunities for the rookie sixth-round pick, Feeney, to continue to impress upon his coaches and teammates that the speed and athleticism that got him drafted were merited.

And that merit must come, first and foremost, on special teams. A tackle or two in the return game would certainly greatly improve his odds of being in the running for a roster spot a few weeks from now, as much as his chances of making the team behind a stacked outside linebacker room seem to have been largely dismissed.

Outside of Ryan Shazier, however, he is clearly the second-fastest linebacker on the team, and his position coach, Joey Porter, has already vouched for his special teams credentials and expressed his concern that he would be claimed off waivers if the Steelers tried to slip him onto the practice squad.

Feeney had an encouraging couple of days to end training camp, showing that while he may lack the bulk, at least for now, his speed has been as advertised, helping him find success around the perimeter, at least against the healthy tackles available for him to go up against.

No doubt there will be a numbers game to be played in a few weeks when the final roster cuts are made, and it may easily be that Feeney loses the game—or the Steelers do, should he get claimed by another team. But at least for the time being, it doesn’t appear that he is headed for the Jordan Zumwalt manner of employment.