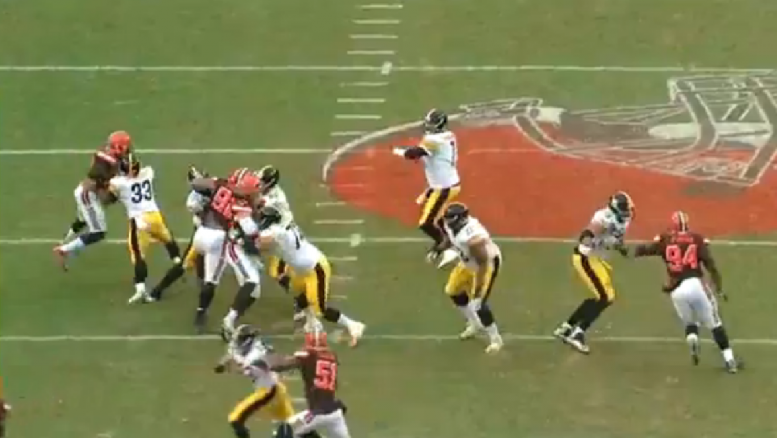 When the Pittsburgh Steelers open their 2016 preseason Friday night at Heinz Field against the Detroit Lions, we’re unlikely to see the team’s top two running backs play a single snap as Le’Veon Bell and DeAngelo Williams are expected to be sidelined for that game. Should that indeed wind up happening, the team’s slew of younger running backs on the 90-man roster all battling for a spot should get an opportunity to not only show what they can do with the football in their hands, but also what they can do when they’re not asked to tote the rock.

While several running backs have the ability to see holes, avoid defenders in the backfield and break tackles, their blocking ability in the passing game often separates them from others. During his Wednesday press conference, Steelers head coach Mike Tomlin talked about that critical element of a running back’s game and what he looks for when it comes to analyzing his stable of young roster hopefuls.

“Different guys have different attributes that they build the rest of their game around and most running backs are here because their good natural runners, and often times growth and development in the blocking game is something that’s required for a lot of the young guys – attitude and demeanor being one of the chief elements of it,” said Tomlin.

Tomlin, however, wasn’t shy in pointing out one particular running back who he thinks needs to improve his blocking.

[Cameron] Stingily, for example, has got a ways to go in terms of his technical blocking, but it’s not because of want-to,” said Tomlin of the former undrafted free agent out of Northern Illinois. “So as long as the attitude and demeanor’s there, we’ll continue to work with these young guys and help them grow in that very necessary area of that position.”

With Bell and Williams both expected to sit out Friday night, Fitzgerald Toussaint is expected to get the start against the Lions. While he only played sparingly last year due to injuries, the Michigan product showed to be a very capable blocker when asked to do so. He’ll likely be followed Friday night in the rotation by Daryl Richardson, who has already logged quite a few regular season snaps during his NFL career. I look forward to seeing how both of these running backs perform against the Lions not only as ball-carries, but pass protectors as well.

Cameron Stingly, Brandon Brown-Dukes and Christian Powell all figure to see action Friday night as well in the Steelers backfield and you can bet that Tomlin will be on the lookout for two critical elements those young running backs display in the game that they have shown so far during training camp when it comes to them all being asked to pass protect.

“We’ve got some guys that are really growing in that area and have room for growth in that area, but I’m not displeased with anything that I’ve seen from an attitude and a demeanor standpoint,” Tomlin said.