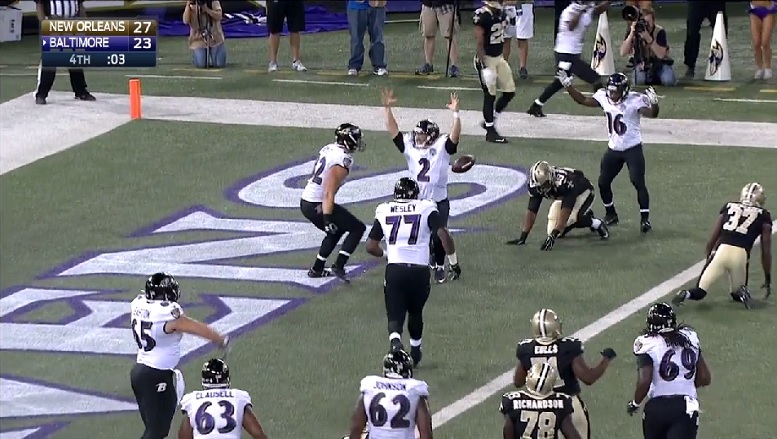 With two of the Pittsburgh Steelers backup quarterbacks now dealing with injuries suffered during the team’s first two preseason games, the team decided to sign former undrafted free agent Bryn Renner on Friday with the hopes that he can absorb any remaining mop up playing time under center over the course of the next two few weeks.

Renner, who was most recently with the San Diego Chargers until waived by them this past May, won’t have a lot of time to get up to speed with the Steelers offensive playbook between now and kickoff of Friday night’s road preseason game against the New Orleans Saints. With that said, I’m sure he’s grateful to have what could ultimately be one last opportunity to show that he belongs on an NFL roster this year as a backup quarterback.

While it’s still uncertain as to how much playing time Steelers starting quarterback Ben Roethlisberger will finally see Friday night against the Saints, you can probably count on him not playing more than the first half at most. Once pulled from that game, it’s easy to speculate that backup quarterback Landry Jones will be given an opportunity to show that he can rebound from the four interception performance that he had during the team’s second preseason loss to the Philadelphia Eagles. Assuming Jones isn’t allowed to play the remainder of the game against the Saints after Roethlisberger exits, Renner should receive some limited playing time Friday night even though most of it’s likely to be with several players surrounding him who will be released within a few days after the game ends.

Renner, who was signed originally in 2014 as an undrafted free agent by the Denver Broncos, appeared in four preseason games with the Baltimore Ravens in 2015 and while most of that playing time predictably came late in those contests, he did manage to complete 66.2% of his 65 pass attempts for 409 yards with 4 touchdowns. He did have 2 interceptions, however, and was sacked 3 times in total.

While I’ve yet to make through all of the preseason games that Renner appeared in last year with the Ravens, I can tell that he completed 12 of the 18 passes that he attempted on third downs with 9 of those that found their intended marks resulting first downs. Additionally, the North Carolina product completed 4 of his 10 deep pass attempts that traveled more than 15 yards past the original line of scrimmage for 83 yards and a touchdown. You can see that touchdown below.

So what about Renner’s two interceptions last year during the preseason? As you can also see below, they weren’t great throws.

Now, I will say this about Renner. After he threw the interception against the Saints, he rebounded very nicely. With the Ravens trailing by 4-points with 1:56 left in the preseason game, the then-third-string quarterback proceeded to orchestrate a 14-play, 80-yard drive to give his team a 30-27 comeback victory. While he only completed 5 of his 12 pass attempts during that drive, Renner’s short competed pass to wide-open tight end Maxx Williams in the flat helped keep the drive alive. Renner capped the scoring drive off with a 1-yard touchdown scramble with 9 seconds remaining in the game. It’s worth noting that two of Renner’s incompleted throws on that drive were tipped at the line of scrimmage while another one was thrown away out of bounds in order to avoid a sack outside the pocket.

The Steelers decisions to not place banged-up backup quarterback Bruce Gradkowski on IR and waive Dustin Vaughan injured isn’t overly surprising being as their injuries aren’t currently considered to be season-enders. Additionally, with two preseason games left, who knows what might happen with Roethlisberger and Jones during their remaining exhibition snaps. In other words, it makes sense to carry both Gradkowski and Vaughan on the 90-man roster for a few more weeks. With that said, should the Steelers top two quarterbacks escape the preseason healthy and ready to roll, and Renner takes advantage of his forthcoming playing time in the final two games, he could very well wind up being the team’s No. 3 emergency signal-caller come the start of the regular season.

While Renner’s path to the final 53 is improbable, it’s not impossible. However, in order for that to ultimately happen, Renner must show the Steelers he’s a winner during the team’s final two preseason games and that’s something Jones, Grakowski and Vaughan have all failed to do in the team’s first two exhibition showings.