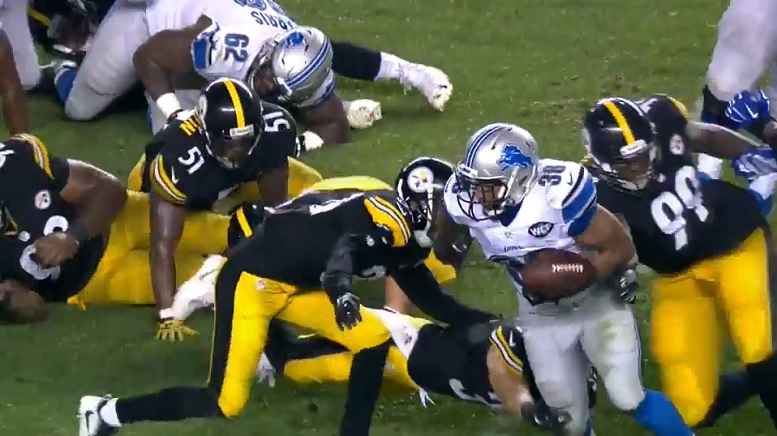 Even though he started the 2015 regular season on the Pittsburgh Steelers 53-man roster, young defensive end Caushaud Lyons found himself on the team’s 10-man practice squad at the end of September and he stayed there the rest of the year. Now, the former undrafted rookie free agent out of Tusculum enters his second preseason game of 2016 with the team that claimed him last year off waivers from the Tampa Bay Buccaneers with a golden opportunity to prove he’s worth keeping on this year’s initial 53-man roster.

After playing 20 defensive snaps in last Friday night’s preseason opener against the Detroit Lions, Lyons figures to see at least that amount of playing time Thursday night in the team’s second preseason game against the Philadelphia Eagles and perhaps even a little more being as fellow defensive end L.T. Walton might wind up missing the contest due to back tightness. Against the Lions, Lyons recorded two tackles in the game in addition to forcing one fumble late in the fourth quarter.

Of the snaps that Lyons played against the Lions, most of them consisted of him seeing time as a defensive tackle in the team’s sub package personnel grouping. This week, however, there’s a good chance he could see more snaps as a base 3-4 defensive end and especially if Walton indeed winds up missing the game due to injury.

Being as the Steelers normally keep just six total defensive linemen on their 53-man roster, Lyons figures to be battling Walton for that sixth and final spot as the team enters their Thursday night preseason game against the Eagles. Should he ultimately lose out in that roster battle, Lyons will need to at least show enough during the rest of the month of August to warrant the Steelers potentially signing him to their practice squad once again after the final cuts are made.

Pay close attention to Lyons Thursday night against the Eagles as a lot is potentially riding on how he plays in this particular preseason game.