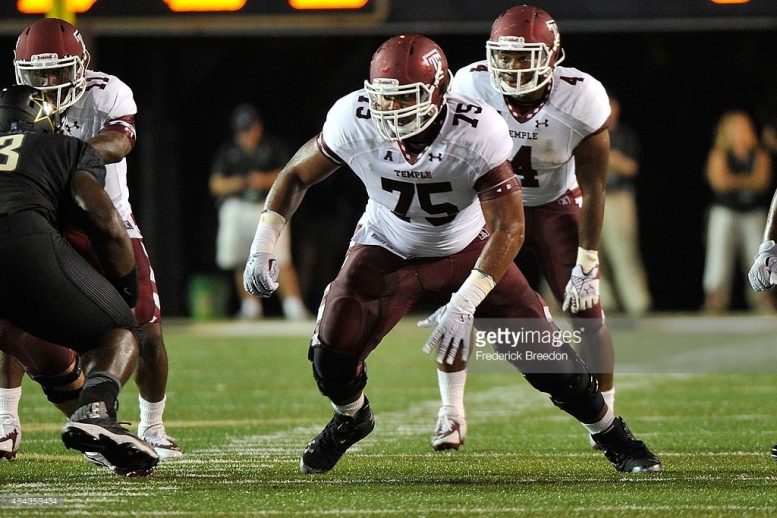 The Pittsburgh Steelers made another roster move Monday morning and included them signing another offensive lineman.

Signed Monday was guard Shahbaz Ahmed and in order to make room for him on the team’s 90-man roster guard Cole Manhart was waived injured.

Ahmed, who went undrafted this year out of Temple, measured in at his 2016 pro day at 6-2, 303-pounds.  He started at left guard in 12 games last season after moving over from the defensive line. Ahmed was waived recently by the Atlanta Falcons after playing 8 snaps in their preseason opener.

Manhart had been with the team since signing a futures contract with them this past February. He obviously suffered some sort of injury in the Friday night preseason game against the Philadelphia Eagles. The former undrafted free agent will likely revert to the Steelers Reserve/Injured list after he clears waivers.

This move was likely needed not only because of Manhart getting injured but also because center/guard Cody Wallace suffered a knee injury late in the loss to the Eagles. Wallace is not expected to play in the team’s Friday night preseason game against the New Orleans Saints and he could quite possibly miss the preseason finale against the Carolina Panthers.