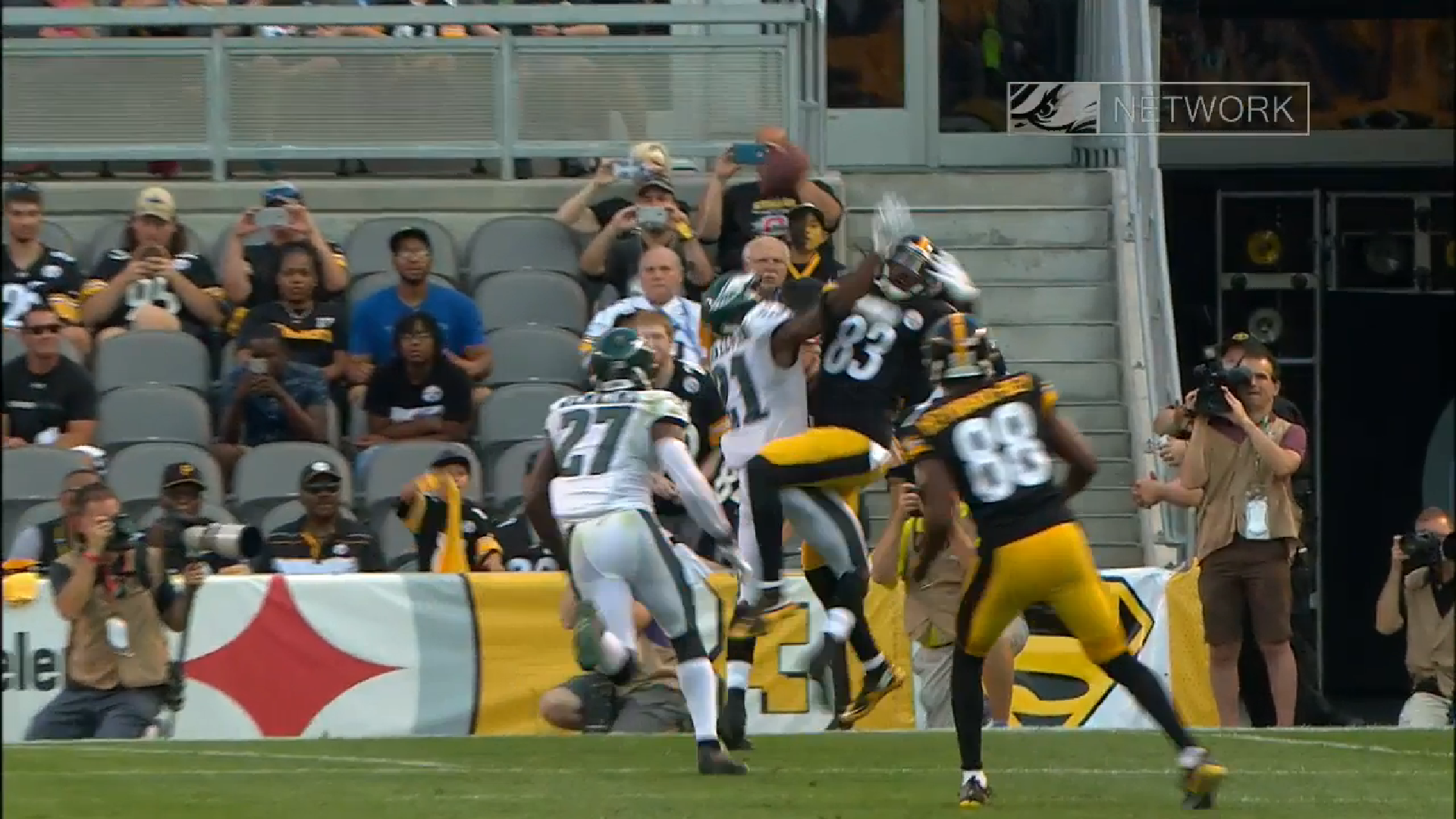 Pittsburgh Steelers wide receiver Cobi Hamilton was not even on the team when they traveled to Latrobe for training camp, but, in part due to injuries and in part due to his own successes, he has been quietly climbing the depth chart, particularly after a nice showing in the first preseason game.

Because of that, there were a lot of eyes on him last night looking for an encore performance, and wondering if the Steelers had in their midst a player who could push the issue to make the 53-man roster when the majority opinion seems to have already settled on the final depth chart at the wide receiver position.

A former 2013 Bengals draft pick, Hamilton has spent nearly all of his time since then bouncing around on a variety of practice squads. He was most recently waived by the Panthers toward the end of July, and the Steelers signed him about a week into training camp when an injury left an opening at wide receiver.

With much attention quietly focused on him last night, then, the 25-year-old had an uneven performance against the Eagles, leading either side with four receptions for 44 yards and a game-long reception of 29 yards, the Steelers’ longest play of the preseason through the first two games.

But he also had an egregious dropped pass thrown short over the middle to begin one drive, and earlier in the game he was the target of an end-zone pass that was intercepted after he inadvertently redirected the ball off the back of the defender covering him, popping up the ball to allow a second defender to snag it for the turnover.

Later in the game, Hamilton also drew a 15-yard facemask penalty as a blocker on a punt return that negated a 17-yard return, though the Eagles were also penalized, offsetting his, and resulting in a re-kick that was not nearly as successful for the return team.

On the other hand, the first-year receiver’s 29-yard sideline snare was a stupendous individual effort, stretching out to haul in the pass with one hand before bringing it into his chest and securing it inbounds up the left sideline.

Through two games, Hamilton has secured six passes for 66 yards for the Steelers to lead the team in both categories. He has shown flashes of intriguing playmaking potential, both during the preseason and in training camp, which is why he has worked his way up the depth chart, and got an early appearance last night.

A 6’2”, slim-bodied 200-pound receiver, Hamilton has drawn attention to himself for good reason, but he of course has a great deal more to show, particularly in terms of consistency, over the course of the final two preseason games to make the roster.

Most have ticketed second-year receiver Eli Rogers for the 53-man roster as the fifth wide receiver, with Demarcus Ayers getting most of the rest of the talk. A bid for a roster spot may be unlikely, but he is in good position to stay on the practice squad.