The Pittsburgh Steelers will play their first preseason game of 2016 on Friday at Heinz Field against the Detroit Lions and while the team did release a depth chart ahead of that contest on Monday, it really doesn’t hold much value.

Today the #Steelers will release their NFL-mandated preseason depth chart. It doesn't necessarily reflect play/practice reps after one week.

As you can see in the copy of the depth chart below, it looks like the backup positions are listed by experience. This is not overly surprising when it comes to head coach Mike Tomlin. However, when it comes to the backup quarterback position, Tomlin was careful to list both Landry Jones and Bruce Gradkowski behind starter Ben Roethlisberger with an “OR” between their names.

As usual, we will be charting all of this year’s preseason games and thus will be able to pass along who played with what unit and when. Additionally, if you have been following along with the daily practice reports that Alex Kozora has provided since training camp got underway, you should already have a good idea in your head as to how a real depth chart would likely look like. 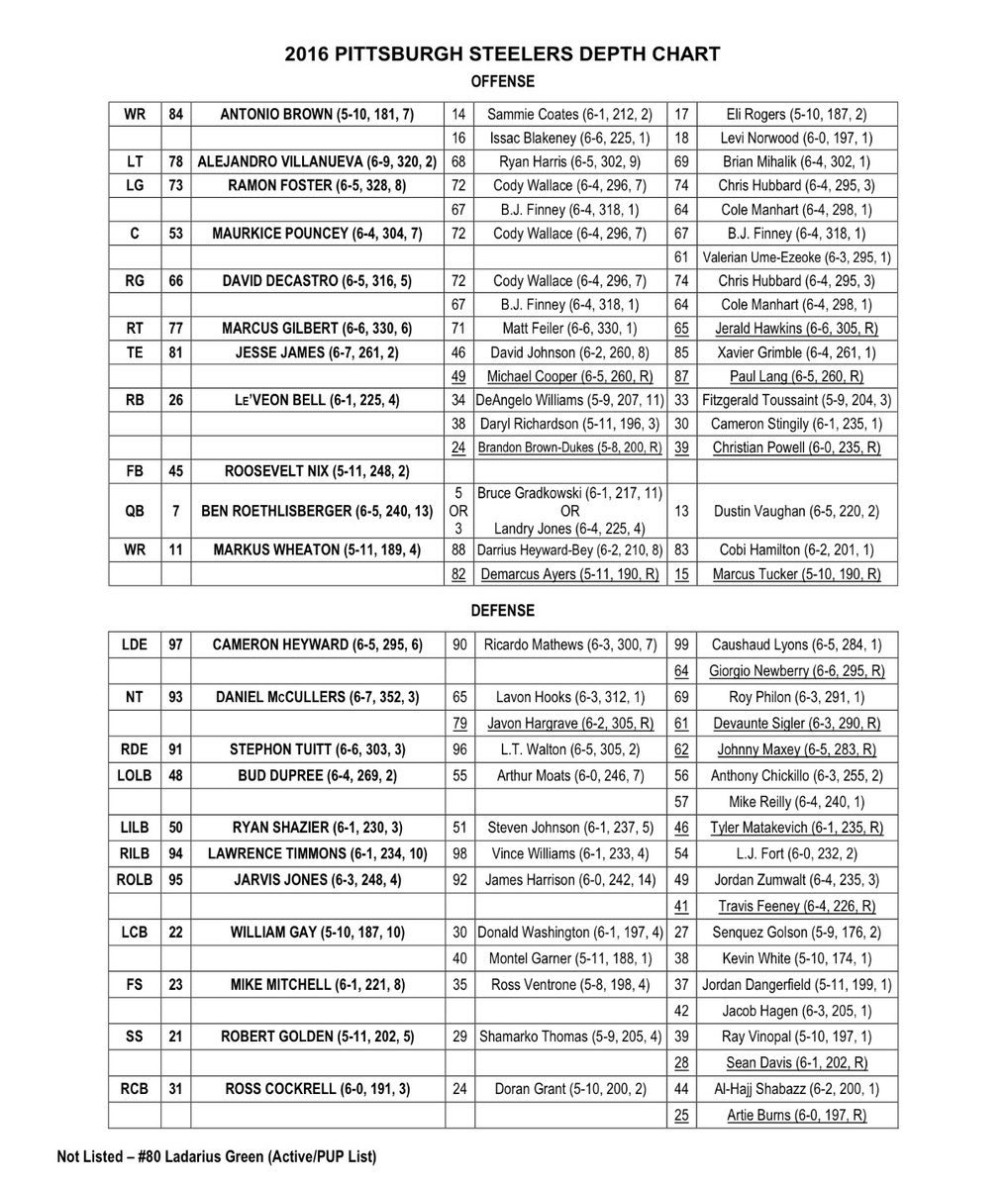