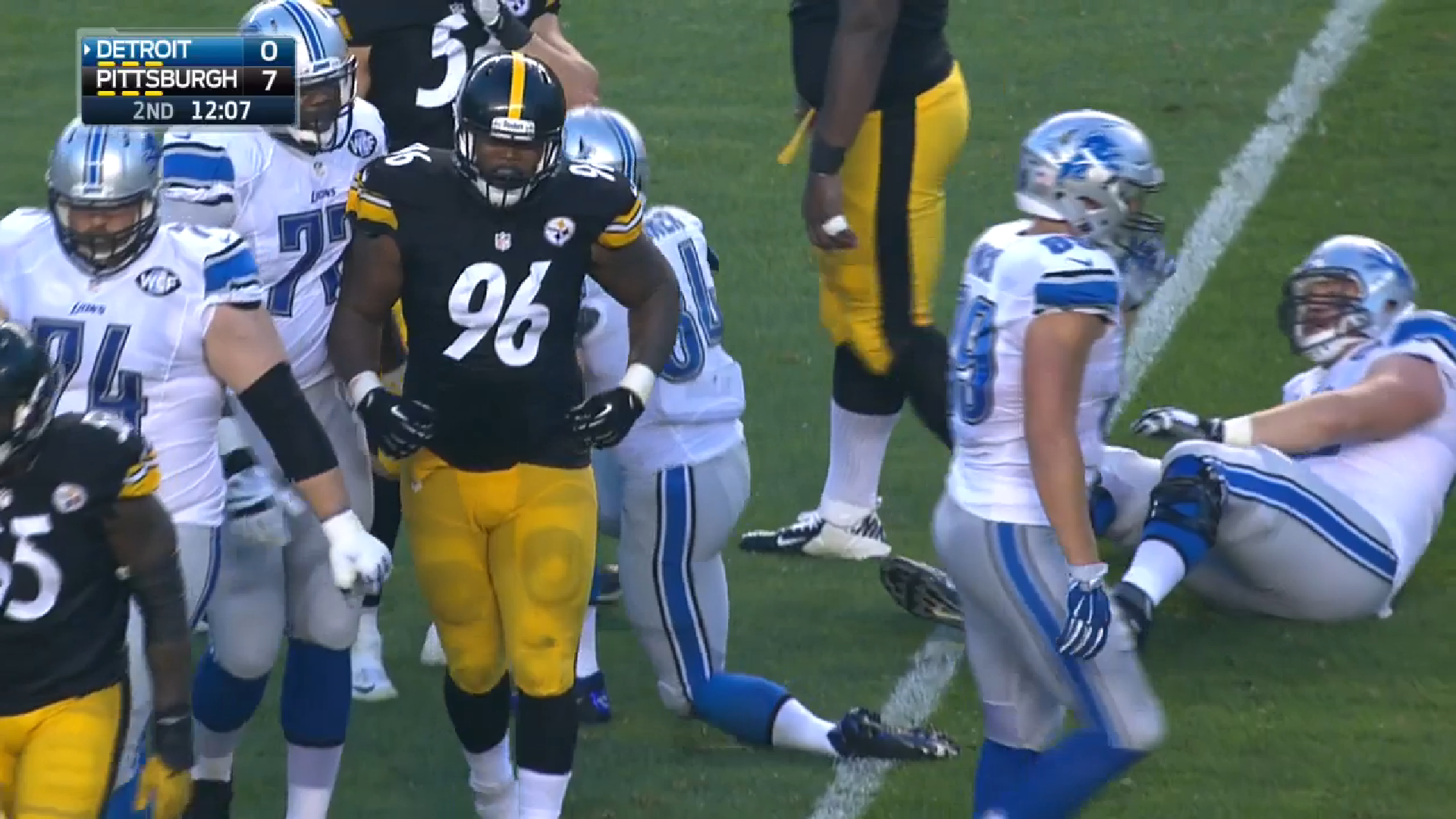 While the Pittsburgh Steelers have been aware for a couple of years now that defensive line depth has needed replenishing, they also understood that there was only so much that they would be able to do in free agency, and that some improvement would have to come from within the organization.

Cam Thomas was replaced with Ricardo Mathews, who better fits a defense that primarily runs out of a nickel base defense, and Steve McLendon’s free agency loss was offset by the drafting of Javon Hargrave, who looks like he has more to offer in the pass rush. But L.T. Walton is one of the constants, and he looks like he can play a much bigger role this year if need be.

Walton had a relatively quiet game against the Lions, but he played well in 17 snaps despite registering just one tackle. In fact, all of his playing time came in one stretch, with his first snap taken on the final snap of the Lions’ opening drive, and coming off in the middle of the fourth.

His first couple of snaps were actually some of the more noteworthy that he took, the first being the third-and-12 play on which James Harrison recorded a strip sack for the turnover. Walton checked in as the right defensive tackle. While he did not get off particularly well off the ball—though not poorly either—he exploded into the left guard’s chest and gained leverage to drive him back a few steps, then held him in place to collapse the pocket.

His next snap came a few minutes later to open the Lions’ second drive of the game. Still running out of the nickel as the right tackle, he once again impressed with his initial contact and was able to stay clean to pursue the outside zone run to the left, where he was nearly able to wrap up the runner by the leg, but the back escaped his grasp.

Later, toward the end of the first quarter, the Steelers were in their 3-4 alignment, with Walton moving over to left end over the right tackle. The tackle passed him off to the right guard, but he held the point of attack, and was able to turn his body to dive toward the pile of tacklers on a run for a loss.

Later, on the Lions’ opening drive of the second quarter, Walton recorded his lone tackle, a run stop on a three-yard gain on first down out of the nickel as the right tackle. Though he initially leveraged to the outside, he controlled the point of attack well enough to free himself from the block as the back rushed through the A gap, making the tackle.

While Walton showed some promise as a rookie, there is obvious improvement to see from him in year two. He looks bigger to me, and certainly plays stronger, serving him better at the point of attack. But his continued drive as he rushes the passer is most encouraging to me, keeping his feet churning into the backfield consistently.