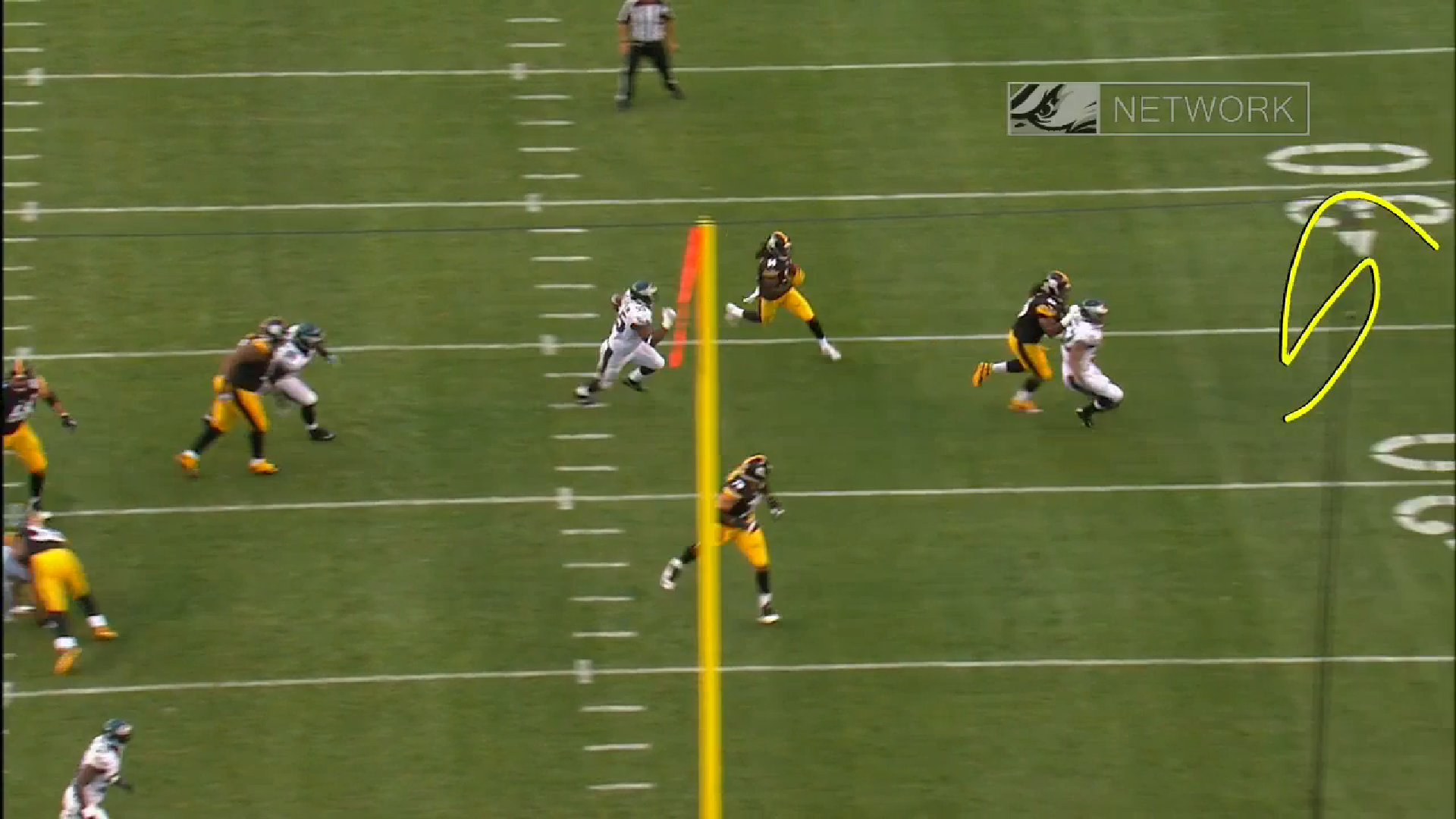 It became increasingly obvious why the Pittsburgh Steelers chose to re-sign former Steelers tight end David Johnson after they released Matt Spaeth with a failed physical. Quite simply, it appears that they will need him, because they have little else in the form of known commodities when it comes to sound blockers from a scheme and execution standpoint.

Jonson is, to be sure, by no means an ideal option, but he is a very serviceable one on a veteran-minimum contract, and his experience with the system—only two years removed—is an ally to him and his ability to contribute. And it becomes increasingly likely that he may open the season as the number two tight end.

The veteran is not the ideal height to be a traditional tight end, but he has his fair share of experience as an in-line blocker, off the line, and in the backfield. On the second play of the game, he showed his move capabilities in sealing the edge on what was to be the back side of a run [note that Johnson is on the right of the line, and not the player circled in the gif below].

Late in the first quarter, as the Steelers for the first time drew near their destination inside the red zone, the offense executed an end-around with a wide receiver as the ball carrier. On this play, Johnson aligned out of the backfield on the right side in the fullback position, and again demonstrated his move capabilities, sweeping to the left and providing the initial seal on the linebacker until the approaching safety allowed the receiver to be tackled from behind, but only after a nice gain.

He did, of course, later in the game register a false start, which is never what you want to see from a veteran player, but it does happen, after all. Midway through the second quarter, though, he worked as an in-line blocker and was tasked with taking on the defensive end one-on-one, a regular assignment in the Steelers’ offense.

Johnson struggled with the assignment, as might be expected, but ultimately did enough to allow the back to win the edge and the sideline for a positive play. His initial reach block connected, but the end was gradually able to gain leverage before penetrating. The rushing linebacker through the C gap made matters worse.

Finally, late in the first half, Johnson was given his most straightforward of assignments. With the Steelers facing a third-and-one, he was put on the end of the line as the second tight end and again asked to take on the defensive end—this time with inside leverage. He won, turning him out of the hole and helping the offense gain a first down.

He is about the very opposite of what one might think of as a flashy player, but Johnson has the ability to complete the tasks that the Steelers will ask of him, and at this point I have a hard time imagining that he will not make the team.