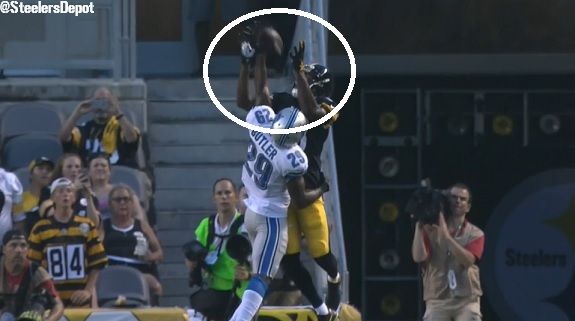 The Pittsburgh Steelers dropped their preseason opener Friday night to the Detroit Lions at Heinz Field and while quarterback Landry Jones started the game and completed just 6 of 12 passes for 55 yards and a touchdown, the tape shows and good performance from an accuracy standpoint.

Jones actually attempted 14 passes in Friday night’s game and even though two didn’t count because of penalties, I will show you shots of all them.

Jones first attempt was a short flair-out to the right side to tight end David Johnson that resulted in a 2-yard gain. 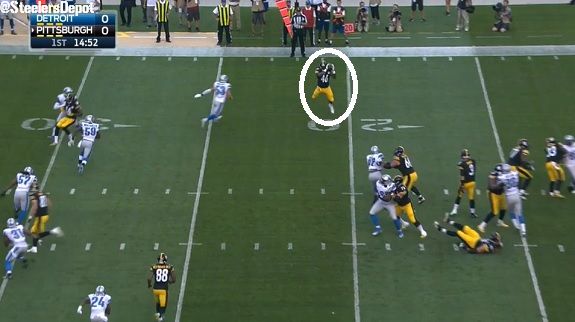 Jones’ second throw was to wide receiver Eli Rogers and while on target and completed, it was wiped out by a penalty. 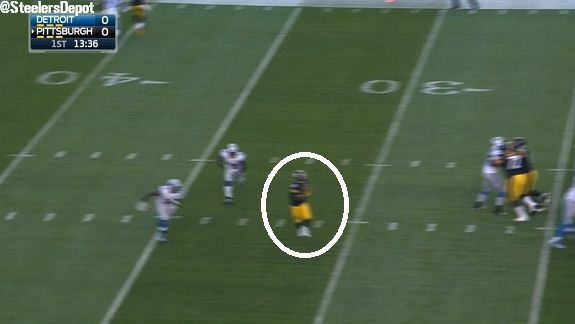 The following play, the Steelers faced a 3rd and 13 and Jones threw 21 yards over the middle to Darrius Heyward-Bey. While it’s tough to see if the underneath defensive back got a finger on the football, the pass still should have been caught. It’s fairly to register this one as a drop on the Steelers veteran wide receiver. 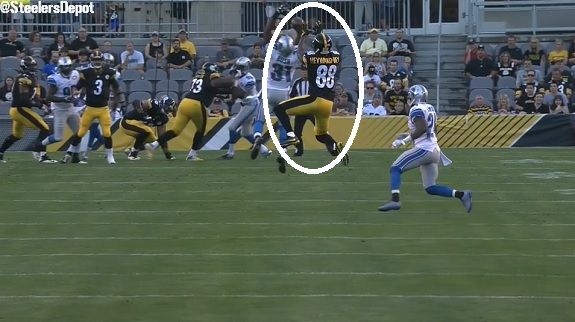 Jones’ next pass in the game was deep down the right side to Heyward-Bey and as you can see below, it was off target and short. It was thrown 47 yards past the line of scrimmage on a 3rd and 16. 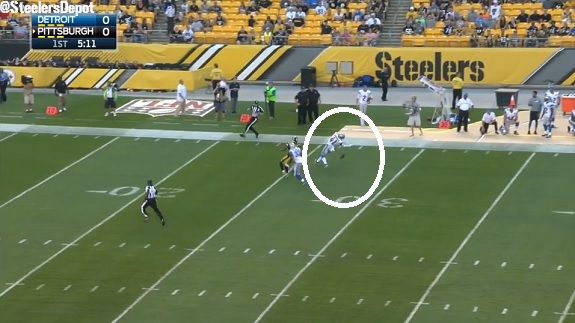 While Jones may have forced this underneath throw to tight end Jesse James, it was on target. The Lions linebacker made a nice play to break this pass up, but even so, James probably should have caught this one. 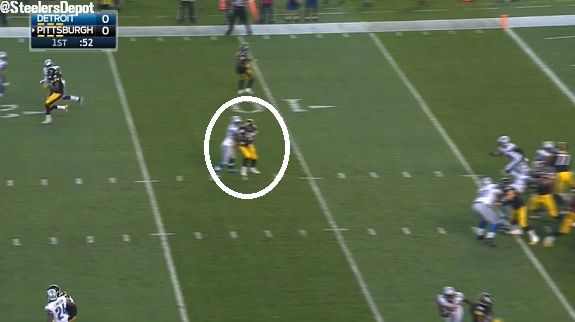 Two plays later on a 3rd and 8, Jones connected short and to the right to James for a 4-yard gain. 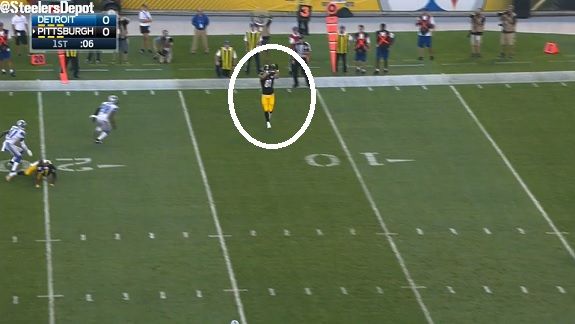 Jones on target again to Rogers here in the second quarter for a gain of 8 yards. 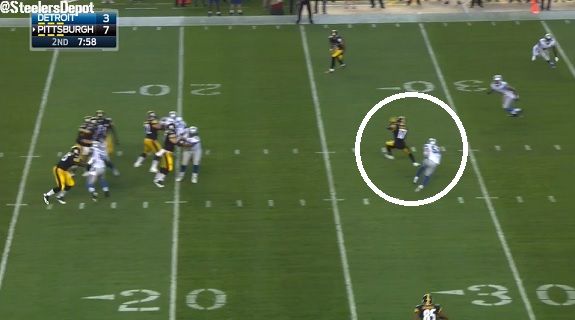 Jones was high to Heyward-Bey on this deep throw to the right side on a 2nd and 12 play. The play didn’t count, however, as the Lions were flagged for pass interference. 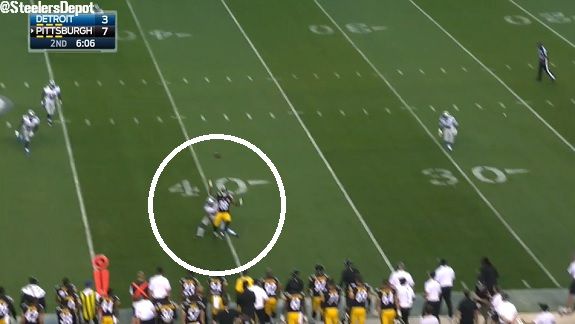 A few plays after the penalty, Jones went deep to Heyward-Bey in the back of the end zone and the perfectly thrown pass was caught this time for a touchdown. 38 yards past the line of scrimmage on this one and it might very well have been the best deep pass Jones has thrown so far during his career.

Late in the first half, Jones connected with wide receiver Sammie Coates on this short screen to the right side. The young wide receiver double-caught the pass, however, for no gain on the play. 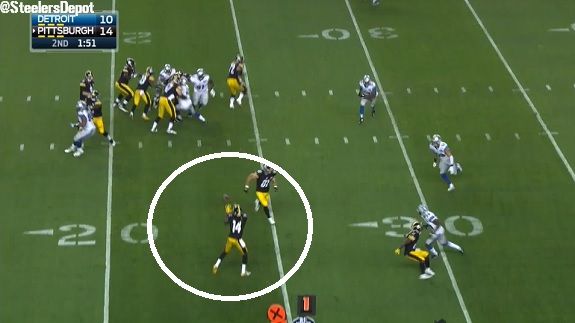 This short pass to young wide receiver Levi Norwood was also on target. It wasn’t caught, however, as it was broken up by the defender, who as you can see, went over the back. Pass interference wasn’t called on the play. 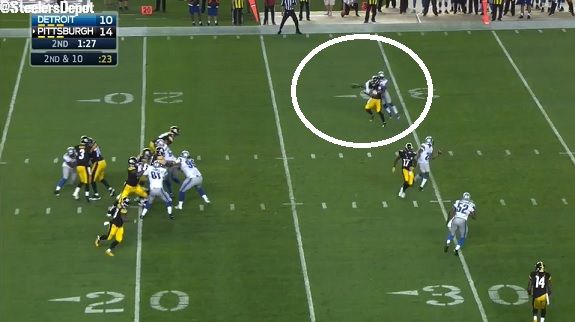 While this pass to Coates might be considered a tad low, it was on target. Coates, however, fumbled the football after the catch. 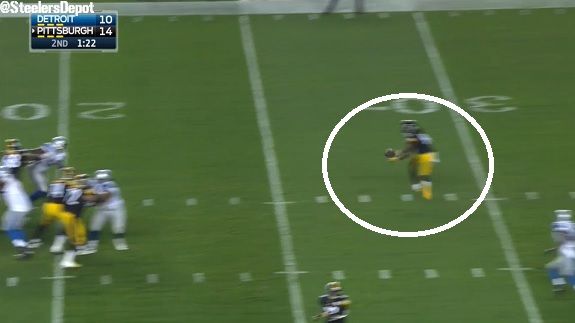 Jones’ next pass to Coates was a little low, but on target nonetheless. This is one Coates should have caught. 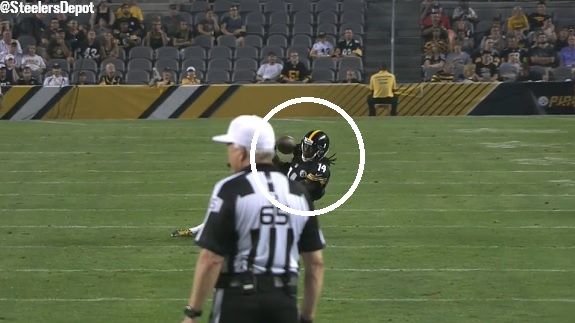 Jones’ final throw in the game was perhaps his worst and he’s lucky Norwood got a hand on it as it likely would have been intercepted. It looks like he led the wide receiver just a little too far on the play. 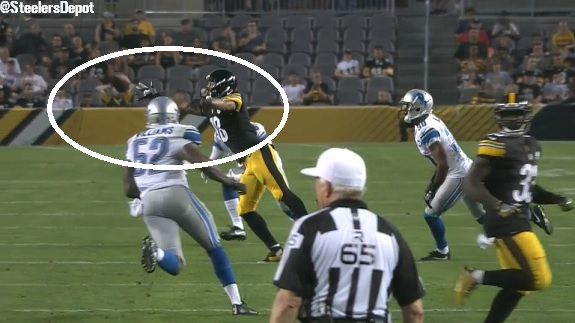 As you can see, Jones could have very easily had three or four more of his passes completed Friday night. While it was far from a perfect outing, it certainly wasn’t awful from an accuracy standpoint.