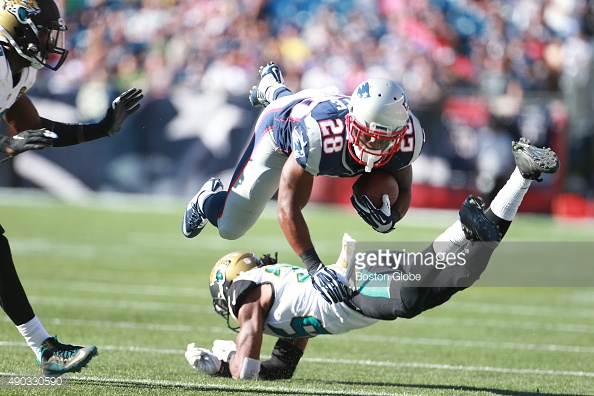 This is the time of year for full-fledged speculation. The regular season looming, rosters forming, predictions forthcoming. And I can’t help myself but go back to that well with the Pittsburgh Steelers just days away from creating their 53 man roster.

This is an offshoot of what I wrote in my waiver-wire defensive backs to look at. Three of the ten were Jacksonville Jaguars. That wasn’t just because I thought the players meshed with who the Steelers looked for, historical speculation, but how much time the Steelers have spent in Jacksonville during the preseason.

The Steelers have sent scouts to all three preseason games this August. Jags-Jets, Jags-Bucs, and last week, Jags-Bengals.

Of course, scouts are sent all over the map during the season. It’s their job and there isn’t a ton for this group to do inbetween summer scouting prep and college football season beginning next week. But I’m not sure if they have sent scouts to every game like they have Jacksonville. And with technological advances, the ability to pull up any game on your tablet, it’s more notable when you see the same team at the same stadium.

And with good reason. The Jaguars have a pretty deep secondary that will lend itself to several cuts. And they’ve already started. As part of their cutdown to 75, the Jaguars released cornerbacks Mike Hilton and Demetrius McCray.

Hilton is a UDFA with some decent Ole Miss tape, we profiled him here, but McCray was the player I outlined. He tested extremely well out of Appalachian State and recently turned 25, the type of still-has-potential player the Steelers seem drawn towards. He has some NFL experience and was a starter in 2014, though his play has fallen off and clearly, has been pushed out of town.

Josh Johnson is still on the team, recording a sack in the Bengals game. He’s worked in the slot, as opposed to McCray on the outside, and also offers kick and punt return value, though Mike Tomlin almost exclusively asks offensive players to handle those roles.

Safety Josh Evans is the last Jaguar I had on that list though it seems most roster predictions are now adding Evans to their list. He has 36 starts, 11 last year, all with Jacksonville.

The bio is nothing new than what I said before. And you can bet the team will look at the entire waiver wire and all the other places they have visited. New England has been a popular destination and I still have Darryl Roberts very much circled. But when you see this team at the same location three times, it’s worth shuttling to the top of the list. And heck, maybe it’s a totally different position. Maybe it’s tight end Nic Jacobs. Maybe they’ll shock everyone and go after Chad Henne. Or someone just wanted to catch up with Kelvin Beachum.

But if you see the Steelers pick someone up from on the waiver wire, and it feels almost certain there will, don’t be surprised if their plane ticket is stamped with Jacksonville on it.