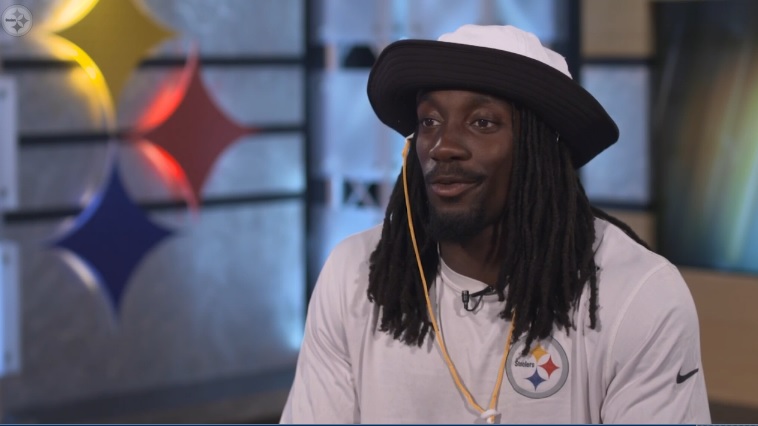 A not so great pair of preseason games.

That’s how you can sum up Sammie Coates’ 2016 season. He sat down with Steelers.com’s Missi Matthews to reflect on what’s happened this year.

“That’s part of the game,” Coates told Matthews on his disappointing preseason performances. “You gotta be able to bounce back. My first game wasn’t what I wanted it to be. I had two fumbles. Other than that, it was a good game for me. I still had a lot to work on. Just being the guy I am, I know I’m going to have bad games. I gotta bounce back like I did the next game. I came back more prepared, I carried the ball better, I didn’t fumble. So that’s my goal going into the next game.”

Coates said he “got ahead of himself,” trying to do too much in the opener against the Detroit Lions. Though Coates made some impressive grabs the next week against the Philadelphia Eagles, he took the blame on at least two of Landry Jones’ first half interceptions.

“That’s my quarterback. I’m going to protect him. If he throws the ball, I gotta protect him from the defense. And I didn’t do a good job of doing that. It’s never the quarterback’s fault. It’s the guy he’s throwing to.”

Coates is echoing the famous Terrell Owens line, minus crying behind his sunglasses. But his attitude since being drafted by Pittsburgh has been the complete opposite. One of humility and accountability. Immediately following the Lions’ game, he took full responsibility for his miscues, not looking or willing to deflect any blame despite multiple chances to wiggle his way out.

For him, it’s all about getting better. And working with Ben Roethlisberger on a daily basis does just that.

“I get to see him every day in practice, get to work with. He’s a phenomenal quarterback. He’s one of the best I’ve ever seen. Any chance I get a ball from him, I’m excited.”

Coates’ role in this offense is a bit hazy after it felt like he was going to walk away with the #3 spot two weeks into camp. With his struggles and Eli Rogers’ emergence, playing time for Coates is unclear and could be wildly inconsistent. If the Steelers want to get Rogers on the field, and that’s looking increasingly likely, it’ll come at Coates’ expense.

Ultimately, there could be a heavy rotation at wide receiver with Rogers, Wheaton, Coates, and Darrius Heyward-Bey being shuffled on and off the field. It’s a good problem to have, few teams boast the depth Pittsburgh has, but could create growing pains initially.