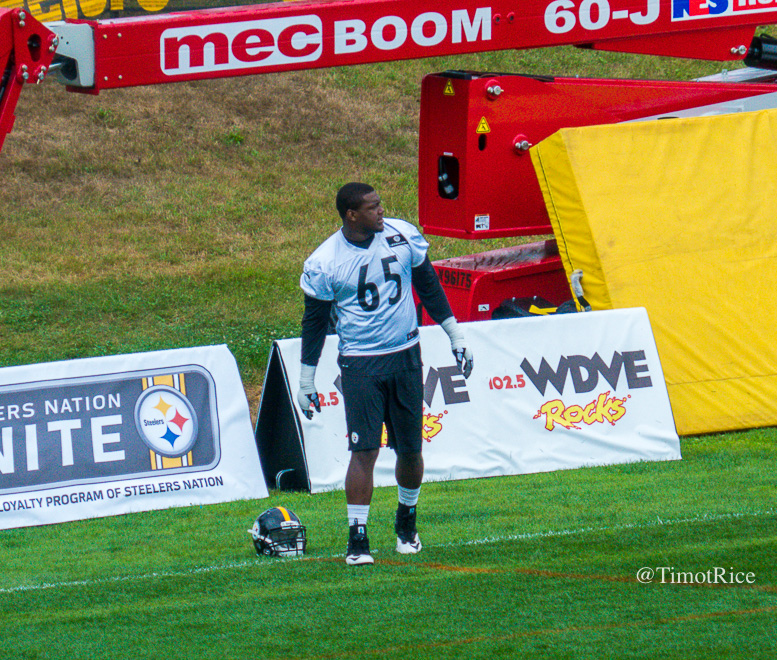 When the Pittsburgh Steelers used their fourth-round draft pick on offensive tackle Jerald Hawkins, the selection was met with some skepticism, if not derision. Even though the team had used its first three selections on defensive players at key positions, it seemed odd to take a tackle at that spot, especially given the free agent signing of Ryan Harris.

Not to mention the fact that the team would not have another draft selection until the end of the sixth round. They should have taken a running back. Or a wide receiver, or a tight end, or maybe even another cornerback. But taking a tackle there was simply a waste of time.

That was the initial, gut reaction from many, and to be fair, even those who knew who Hawkins was no doubt harbored their own skepticism. But the rookie has had a strong start to training camp so far, playing in a manner that belies his 2015 tape, which was marked by injury.

During a recent interview, defensive end Cameron Heyward, who routinely lines up against the left tackle in practice, even invoked the name of Kelvin Beachum, the Steelers’ primary starting left tackle over the course of the past three seasons, when asked his thoughts on the rookie.

“Just the way he’s got long arms”, he said, as quoted by Chris Adamski in an article for the Pittsburgh Tribune-Review. “That’s not to say you’re Beach’, because that’s a hell of a statement. I’m not saying he’s there yet. But he’s got tools where he could learn to be that.

That year, in 2012, the Steelers drafted two offensive tackles, one of which they originally intended to move inside to guard. Mike Adams, the big, long tackle from Ohio State, was taken in the second round. Beachum was a late seventh-round compensatory selection, and seen as too small to play tackle at the professional level. But we know how the careers of these two players panned out.

Hawkins’ history is far from written—who knows where he might be two or three years from now—but his drafting makes a lot of sense in hindsight, particularly with respect to the fact that there is no pressure on him to be a contributor now.

Marcus Gilbert has the right side of the offensive line locked up, while Alejandro Villanueva is likely to hold the left tackle, with Harris serving as the swing tackle. On game days, the rookie need not even get a helmet this season. He did, after all, declare early, so this is essentially his senior season.

Known more as a run blocker, in part because of how his college offense was set up, there were questions about whether or not Hawkins would have the quickness in his footwork required to adequately slide protect against the pass rush, but he has been doing well on that front according to a variety of reports from training camp. And he also plays with a bit of nastiness, a trait rather popular for the Steelers and their fans in the offensive line.