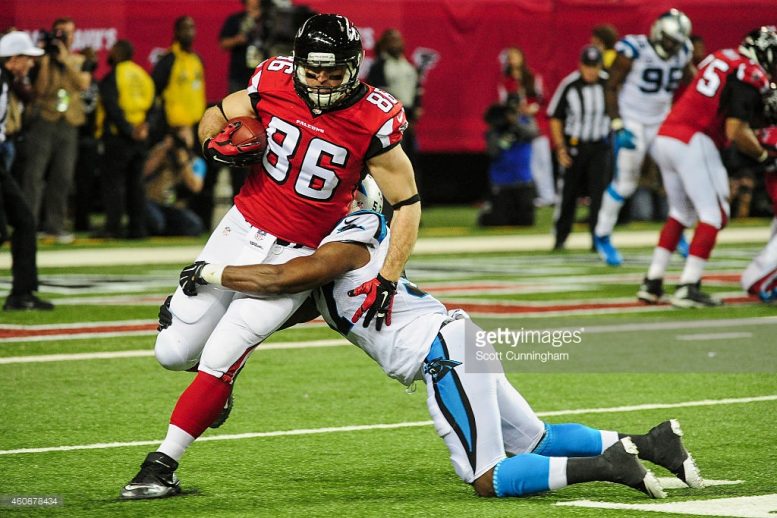 The New England Patriots parted ways with a veteran player on Monday and if the Pittsburgh Steelers aren’t totally thrilled with the progress made so far during the preseason by young tight end Xavier Grimble, then they should probably consider taking a long look at said player.

Released by the Patriots on Monday was tight end Bear Pascoe, who originally entered the league with the San Francisco 49ers as a sixth-round selection in the 2009 NFL Draft out of Fresno State.

According to Mark Daniels of the Providence Journal, Pascoe was cut early in order to allow him an opportunity to catch on with another team midway through the preseason.

While Pascoe isn’t much of a pass catching threat, as evidenced by his 40 career catches for 336 yards, at last check, he’s still a fairly reliable blocker.

Pascoe was buried on the Patriots tight end depth chart and as a result didn’t see much playing time in New England’s first two preseason games (13 snaps). Additionally, it should be noted that he didn’t see any action on special teams in either of those two games.

At 30 years of age, Pasco certainly doesn’t have much upside outside of possibly being a second tight end in 12 personnel packages. Additionally, being as he’s already a vested veteran, he will not have to pass through waivers now that he’s been released outright by the Patriots. Should the Steelers also decide they want to sign Pasco, he likely can be had for the veteran minimum on a one-year deal that would also come with a reduced salary cap charge thanks to the minimum salary benefit rule in the CBA.

Alex Kozora has been a fan of Pascoe’s for quite a while now and recently threw his name out as a tight end option for the Steelers should he ever come available. Pascoe even reportedly worked out for the Steelers in 2009 but nothing ever came out of that.

With the status of tight end Ladarius Green for the start of the regular season currently up in the air, and combined with the fact that Grimble hasn’t lived up to the expectations of many so far during the preseason, it will be interesting to see if the Steelers decide to bring Pascoe in for the team’s final two preseason games. They really don’t have anything to lose should that happen as they could easily release him during the final round of cuts if he proves not to have anything left in his tank as a blocker.

Additionally, other free agent tight end options could present themselves in the coming weeks so Pascoe isn’t the end all, do all.