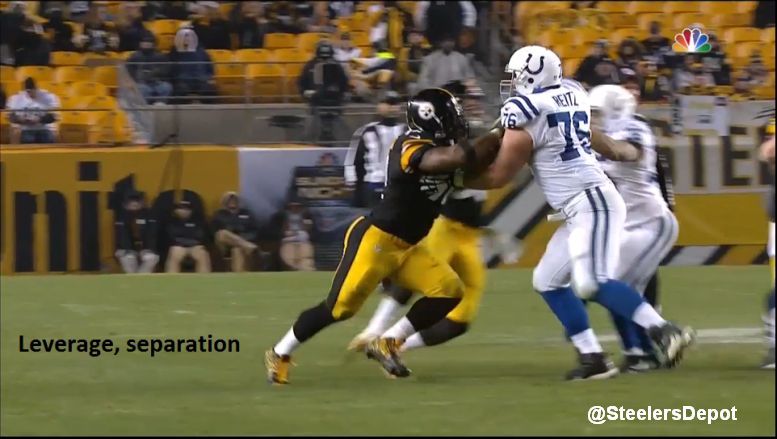 Another day, another part of the series Ranking the Rooms:  AFC North edition.

Today, we’ll look at arguably the most popular — and most scrutinized — position group on the Steelers for the last 20 years or so:  outside linebacker.

Love him or hate him, Burfict is a fantastic linebacker in today’s game. Yes, he’s exceptionally dirty between the lines and runs his mouth way too much, but fact of the matter is:  he backs it up with his play.

Opposite of Burfict is free agent signee in Dansby, who comes over from Cleveland with plenty of experience at his disposal and tons of fuel left in the tank to play at a high level.

Rounding out the OLB room for the Bengals is rookie Nick Vigil, who knows how to find the football and rack up tackles.

The Bengals are absolutely loaded at this position and look primed to hold down the No. 1 spot in this list for years to come.

The Ravens just slightly edge out the Steelers due to a bit more depth and high-level talent with guys like Terrell Suggs and Elvis Dumervil.

Sure, both are on the wrong side of 30 coming off of major injuries, but in limited action there’s no doubt that the duo can still get after the quarterback with relative ease.

Backing up the aging duo is up-and-coming pass rusher Za’Darius Smith, and veteran linebacker Albert McClellan. Although rookie Kamalai Correa apparently moved inside, the former Boise State product has a lengthy pass rushing track record, so I could see him chipping in off the edge some this season.

Two other young pass rushing products with very high ceilings are rookie Matt Judon, who racked up more than 20 sacks last season in college, and rookie Victor Ochi from Stony Brook, who has quite a learning curve coming from college to the pros.

There’s plenty of high-ceiling talent on the roster here for Baltimore. It’s all up to development at this point.

James Harrison still somehow gets it done at the age of 37, while rookie Bud Dupree is primed for a massive second season in the black and gold.

But behind that there really isn’t much to get excited about.

Arthur Moats is as steady as they come for this team, but he’s not a serious threat as a pass rusher off the edge. Jarvis Jones has been a massive disappointment from a pass-rushing standpoint, but he’s generally solid against the run and in coverage, so you take what you can get.

Outside of that, Anthony Chickillo and Travis Feeney, there doesn’t seem to be much in the way of big-time talent. Oh, and Jordan Zumwalt is not making this roster, so don’t go there.

At some point you have to feel bad for the Browns, who’ve mostly been last on every list in this series.

Rookie Emmanuel Ogbah has plenty of talent, but I think he’s not a fit in a 3-4 scheme, so we’ll see. Same goes for Barkevious Mingo and rookie Joe Schobert.

Mingo has been a massive bust, while Schobert is very uninspiring despite high production at college.

Maybe the Browns are onto something with college production, but at this point it just hasn’t translated.