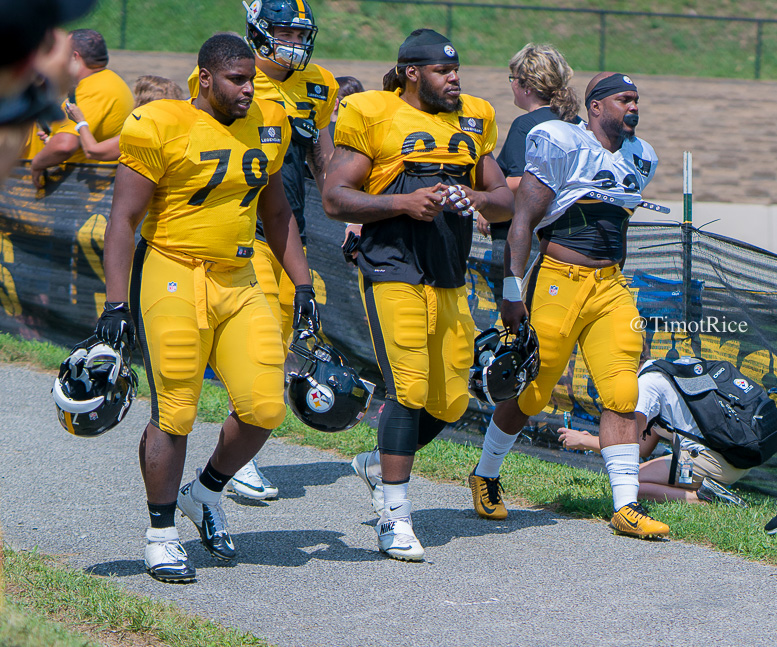 When you have Geno Atkins and Domata Peko sitting at the top of your depth chart on the interior of the defensive line, most often you’re going to be considered one of the best in the league, let alone within your division.

Atkins had a major resurgence last season for Cincinnati, racking up 11 sacks and returning to the prominent force he was in 2014. Along with Atkins, Peko was once again solid in the run game and held his own as a pass rusher, recording five sacks of his own.

With these two holding down the fort in the middle of Cincinnati’s 4-3 scheme, the rest of the Bengals’ front seven is free to do what they want in their scheme. It all starts with Atkins and Peko.

Behind the two stalwarts, Cincinnati added rookie Andrew Billings to the fold, while still having guys like Pat Sims ,Marcus Hardison and Brandon Thompson in the fold.

Brandon Williams might be the strongest — and best — 3-4 defensive tackle in all of football, and he’s a key piece for the Ravens up front. Not bad for a late third round draft pick.

At 6’1”, 340 pounds, Williams is a freak athlete with incredible strength. As the linchpin in the middle of Baltimore’s front seven, Williams sets the tone in the running game, often clogging up the middle of the field by himself, while also showing prowess as a pass rusher at times from the interior.

Unlike most 3-4 defensive tackles, Williams is a three-down guy and stays on the field often. That’s a testament to his conditioning and ability in both phases of the game.

Behind Williams, Baltimore added rookie defensive tackle Willie Henry out of Michigan as another big body on the interior. Second-year player Carl Davis is also in the mix, as well as rookies Trevon Coley and Michael Pierce.

Danny Shelton didn’t have a great rookie year and appeared overweight last season, but with the shedding of weight this offseason coupled with the immense talent he has (which resulted in his first round selection in 2015), Shelton should bounce back in a big, big way in Year Two in Cleveland.

At 6’2”, 335 pounds, Shelton is much like Williams is built in Baltimore. Granted, Williams has much more experience and production, but Shelton is just as explosive and athletic in the 3-4.

Joining Shelton along the interior in Cleveland is second-year defensive tackle Xavier Cooper, who is a lot smaller than Shelton, but a quick-twitch defensive tackle that can be tough to block at times due to his fast get-off.

Behind Cooper, Cleveland has John Hughes III and Nile Lawrence-Stample ready to go.

I’m sure sitting fourth in the division will rub some Steelers fans the wrong way here, but there’s not much to be excited about at defensive tackle for the Steelers behind rookie Javon Hargrave.

Losing Steve McLendon in free agency to the New York Jets really, really hurts because of everything McLendon could do when he was on the field, but the hope is that Hargrave can do all that and more.

All the rookie needs to do is win the starting job and cement his place on this defense. He’ll have to get through Big Dan McCullers to win the job.

The thing about McCullers is that while he is a mammoth in the middle of the defense (6’7”, 352 pounds), he’s so incredibly raw and still needs a ton of work to become an acceptable starter until Hargrave is ready.

Behind those two sits a bunch of unknowns that likely won’t make an impact on the team past training camp:  Lavon Hooks, Roy Philon and Devaunte Sigler.