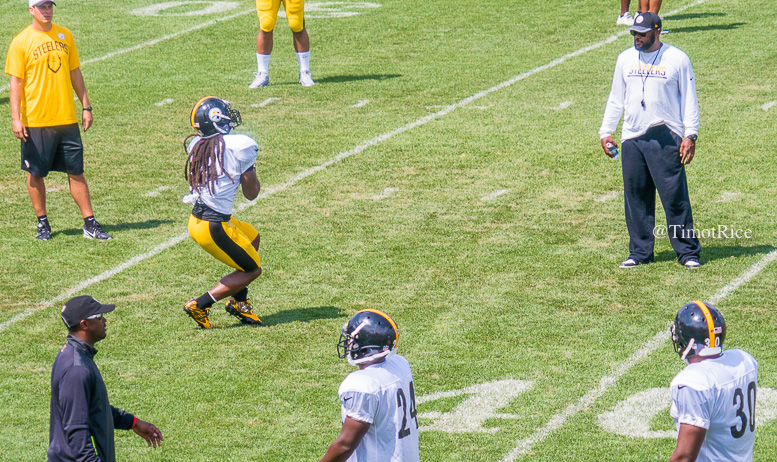 We’ve arrived, folks. The Pittsburgh Steelers’ 2016 season is upon as we approach tonight’s kickoff at 7pm/EST. I don’t know about you, but training camp flew by, and thanks to the in depth reports by Alex Kozora, we’ve been able to get an inside look at how some of our favorite players, as well as newly drafted and undrafted players, are looking so far this year.

Tonight, we’ll get an even better look at how all of their work will translate to the field, because at the end of the day that’s what really matters. One key aspect to all of this, obviously, is seeing which fringe players will be able to crack the 53 man roster.

While depth at certain positions and overall contributions on offense/defense will certainly play a part, special teams is going to be a key element for many players. For players such as Demarcus Ayers, Tyler Matakevich, Travis Feeney, Jordan Zumwalt, Donald Washington, Marcus Tucker and many more, this will be the prime time to show how, and where, they can contribute to this team.

The first step is to simply be there. Some, unfortunately, like Feeney for instance, have been out with various issues. The good news is that there are four games to work through this. The bad news is that every rep counts this time of year, and any amount of lost time gives a perfectly wrapped gift of an opportunity to the next in the line.

It’s also going to come down to standing out on gameday. The Steelers need to see someone make a play, whether it’s a sound wrap-up the minute the returner touches the ball, or if it’s a touchdown saving tackle, or even a big time hit.

This time of year I’m always reminded of how former Bronco’s running back, and Super Bowl champion, Terrell Davis jumped from 6th on the depth chart to becoming the franchise’s all team leading rusher. I’ll give you one guess…yep, it was because of his contributions on special teams. Davis was drafted in the 6th round and many deemed it a long shot for him to make the team. But a crushing hit in his second preseason game was the catalyst for what would eventually be a highly productive career.

This is what the team is looking for out of at least one, but hopefully more guys. Special teams will prove a huge opportunity for all of these players, no doubt, despite the fact they’ll get reps on both sides of the ball as well. The team largely has a good idea of where they stand in terms of depth at the respective positions, though this could change, so special teams will be the place to show how they can directly impact the team this year, as most of these players will not see the field otherwise come week one of the regular season.

It may not be the flashiest aspect of the sport, though big returns are quite the spectacle, but special teams should be a big focus this preseason, and don’t be surprised if you see some eye-popping plays come out of the units starting tonight. All that’s left to do now is gear up and get ready for some football.