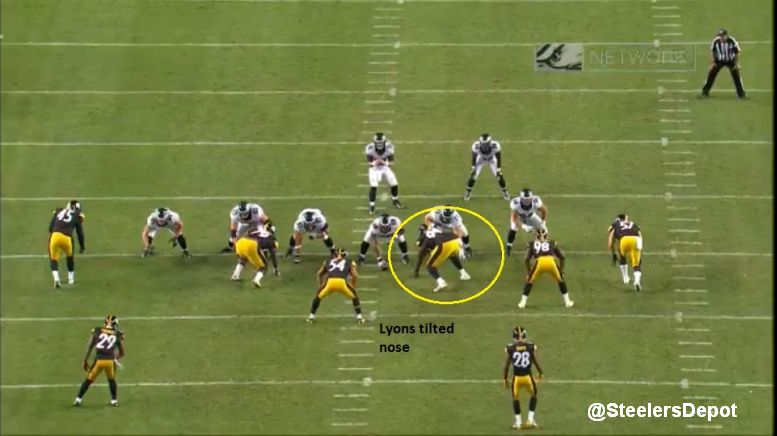 We’re just two games into this preseason and one thing remains clear within the Steelers’ defensive units: the Nickel formation is the go-to package in almost every situation. There are some factors to consider here, however, so it’s important not to put a huge amount of weight on some of the statistics that are soon to follow.

For instance, the team is wanting to get a good look at who they have in the defensive backfield, and they certainly want the presumable starting nickel corner, Sean Davis, to get as many reps as possible, being that this is his rookie year. Still, though, it could perhaps foreshadow some of what we can expect to see once the regular season rolls around in just a couple of weeks.

Thanks to Alex Kozora, we have been given an in-depth look at each defensive play so far this preseason. A simple breakdown of these statistics show the Nickel package was heavily favored in each contest. Here is a look at the two formations the Steelers utilized.

I’m always cautious to analyze some of these statistics, especially when one formation is so much more of a dominate choice. Since the nickel is so often used, of course it will be more susceptible to allowing big plays and having the numbers skewed. However, it’s fun to take a look at and I believe we can draw some preliminary conclusions from these facts. NFL teams pass. They pass a lot, and it’s forced teams to react using an additional defensive back to keep up with the speed on the field.

Now for the reasons I mentioned earlier, the volume of nickel formations so far may not be the best representation of what to expect throughout the season, but I would venture to say it won’t be too far off. The nickel will almost undoubtedly be the primary formation this year, and it’s not difficult to assume it could be used between 60 and 70 percent of the time.

Also, the 3-4 was, not surprisingly, used exclusively on first and second downs, with the exception of one 3rd down and 1 against Detroit. This is to be expected considering the Steelers would like to have their nickel out there on obvious passing downs. But is that always justified? Some of the numbers, be it a small sample, would suggest that may not always be the best tactic. Below you will find what happened when the Steelers deployed their 3-4 defense against a passing play.

The first reaction here is: ‘but those are just a few plays overall.’ Fair enough. But it does go to show that, at least during first and second downs, it would behoove the Steelers to trot out their 3-4 unit and risk giving up 4.9 yards on a passing play. And this unit only gave up a long run of 8 yards to Detroit, and a 6-yard run to Philadelphia. It’s clearly the better defense to have against the run, and it’s been a fairly safe bet against the pass as well.

Now I’m not suggesting they run the 3-4 as a majority defense, because eventually that would come to burn them in the long run; there’s a reason so many defenses use the nickel now. But I am saying that it may be wise to diminish the nickel’s majority just a little bit, especially during those early downs.

When using the nickel against Detroit, the Steelers gave up 9 plays of 15 yards or more, and on the flip side they allowed none of those when using the 3-4. Against the Eagles, the nickel gave up 3 plays of 15 yards or more, with the 3-4 giving up just one. Again, quantity of plays certainly provides more opportunities, but this is what the numbers show in these very elementary stages.

All of this could change once the regular season arrives and we get to see the starters consistently on the field. But for the time being, this is what we have to look at in terms of how Keith Butler intends to use this grouping, and what he’s looking for. Make of these statistics what you will, but don’t expect them to change very much throughout the remaining two preseason games, and expect to see similar, though not exact, nickel utilization come September 12th against Washington.