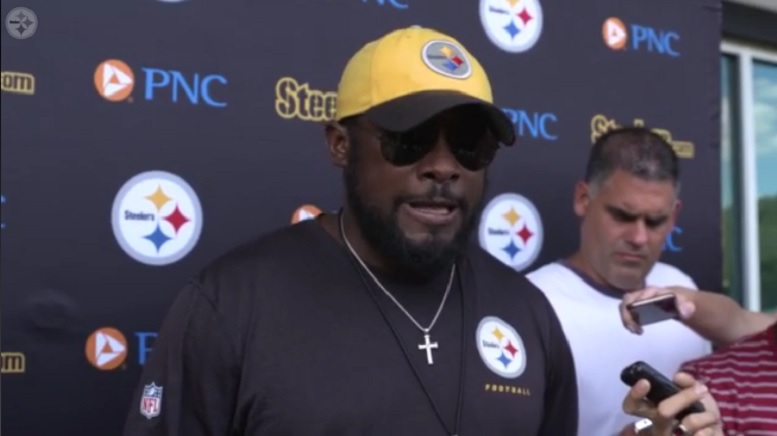 Ahead of the Pittsburgh Steelers Tuesday night free agent with veteran cornerback Keenan Lewis, head coach Mike Tomlin was asked at the conclusion of today’s practice what he would look for the recently released player to provide the team if signed. Tomlin, as you probably have already guessed, refused to talk about Lewis’ upcoming visit.

“I don’t comment on free agents,” said Tomlin. “I acknowledge what you said, but we’re not in the business of doing that. There’s a lot of unemployed guys right now and in respect to that process and the process in general, we don’t make comments about people that don’t play for us.”

Much of Lewis’ Tuesday night will likely consist of him being checked out thoroughly by the team’s medical staff and thus there’s probably a good chance the Steelers former fourth round draft pick spends the night in Pittsburgh.

As far the chances of Lewis signing with the Steelers during this particular visit, Ed Bouchette of the Pittsburgh Post-Gazette said Tuesday afternoon on Twitter that he doesn’t expect a signing to happen on Tuesday.

Visiting tonight. I would not expect a signing https://t.co/YlrQJ7O0DE

After reading the tweet above several times, one could take Bouchette as meaning just tonight with him leaving the door open for a possible signing on Wednesday.

Lewis reportedly has several teams potentially interested in him and that list includes the Arizona Cardinals, Detroit Lions, New York Jets and an unknown NFC South team, which is obviously not the New Orleans Saints.

Source: The #Lions, #Jets, #Cardinals & a NFC South team have made preliminary inquiries on Keenan Lewis, due diligence on availb personnel.

Tomlin is scheduled to hold his weekly pregame press conference on Wednesday and I really doubt we’ll know whether or not Lewis has left town by then. We’ll see.

Lewis was officially released by the Saints on Monday after spending the last three years with them. He is currently dealing with a psoas muscle strain, according to an interview he gave Tuesday morning on SiriusXM Radio. He mentioned during that interview that he’s close to being fully healthy and ready to play.