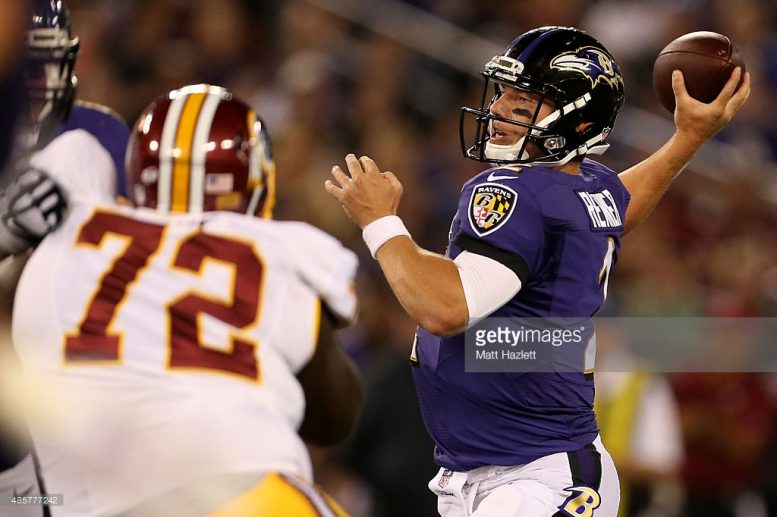 If things go like we think they will Friday night, new Pittsburgh Steelers quarterback Bryn Renner should see some playing time in the second half of the team’s preseason game against the New Orleans Saints. On Wednesday, Steelers head coach Mike Tomlin was asked what it is he likes about Renner and what he looks forward to seeing out of the North Carolina during the final two preseason games.

“I thought he’s a quick-study, he’s got a live arm, he’s high-energy,” said Tomlin. “It’s obvious that he’s got a love affair with the game of football. All of those things are positive. Just looking forward to seeing how he responds to the environment probably more than anything.”

Renner, who was signed to the roster this past Saturday due to backups Bruce Gradkowski and Dustin Vaughan both being out injured, will be making his 2016 debut Friday night after seeing extensive playing time last year during the preseason with the Baltimore Ravens.

While Renner is probably best described as a camp arm right now, and a long shot to make the final roster as the team’s No. 3 quarterback, at least it looks like he’ll get a chance to show one or two more times that he belongs on an NFL team.

Renner played well last year in the Ravens preseason win over the Saints as he led the team on an 80-yard drive for a game-winning score with less than two minutes remaining after throwing an interception that resulted in an eventual score and loss of the lead.

“I think the opportunity is what you make of it,” Renner said since being signed, according to Teresa Varley of steelers.com. “I think I have a great opportunity. When you come in with two weeks left in preseason, you kind of know what to expect.

“I have some preseason experience. Hopefully, that’ll rub off and shake the rust off. I have a great opportunity ahead of me.”