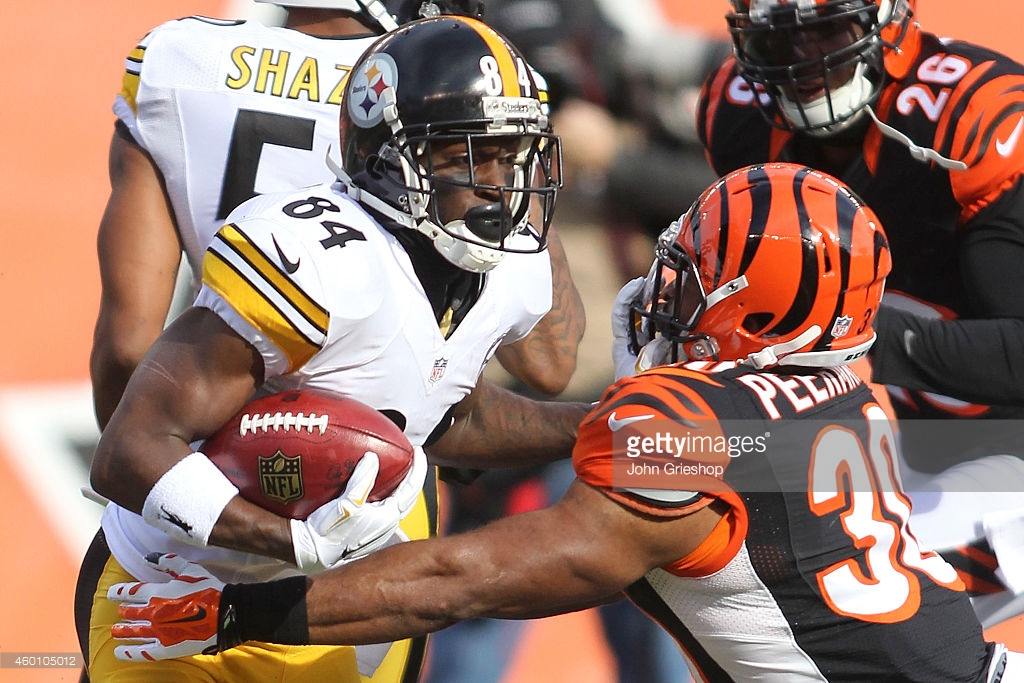 The AFC North has seemed unusually prone to injuries so far during the course of this training camp and preseason period. The Steelers have certainly dealt with their share, just placing a rookie tackle on injured reserve and having two starters in the trenches dinged against the Saints.

The Cincinnati Bengals, for their part, have also carried more than their share of the load, and they appear to have just lost a core special teams player, and, really, one of the better players in the league at what he does, in running back Cedric Peerman.

The seventh-year veteran suffered a fractured left forearm as he was attempted to stiff-arm an opponent on a carry on offense last night against the Jaguars, and certainly appears likely to be headed for injured reserve. For those of you who insist that special teams is not that important, you may now go ahead and ignore the rest of the article.

If you’re still reading, wide receiver A.J. Green and cornerback Adam Jones both left the field with injuries as well, though neither were deemed significant. In fact, Green said that he was disappointed in leaving the game, and that he would have returned if it were in the regular season.

As for Jones, he didn’t even get into the game, as he strained a calf muscle during pre-game warmups. This may seem minor, if not for the fact that the Bengals have been dealing with a number of ‘minor’ injuries in the secondary already. They begin to culminate after a while.

It was, of course, Peerman’s injury, however, that was the headliner, no matter how one might want to diminish the value of special teams contributors. Peerman has hardly been much of a contributor on offense—he saw no carries or receptions last year and has just 77 total touches in his career—there is a reason that he still has a job seven years later.

To give you an indication of the sort of quality that Peerman brings on special teams, he was voted to the Pro Bowl last year for his services in that regard. He has averaged over 11 tackles per season over the course of his career, and had 17 just last year, but, of course, quality special teams play is more than just making tackles and returning punts and kicks.

The Bengals had one of the better special teams coverage units in the league last year, no doubt in large part thanks to Peerman as their focal point, and have had fairly strong coverage units throughout the six seasons with which he has been in Cincinnati.

As difficult as it is to replace a starter on the offensive or defensive sides of the ball, it is also no easy task to simply plug somebody else into a special teams role and expect success. It is likely, in fact, that the Bengals will have to rely on multiple players to replace Peerman, who has seen 1158 special teams snaps over the course of the past four seasons.