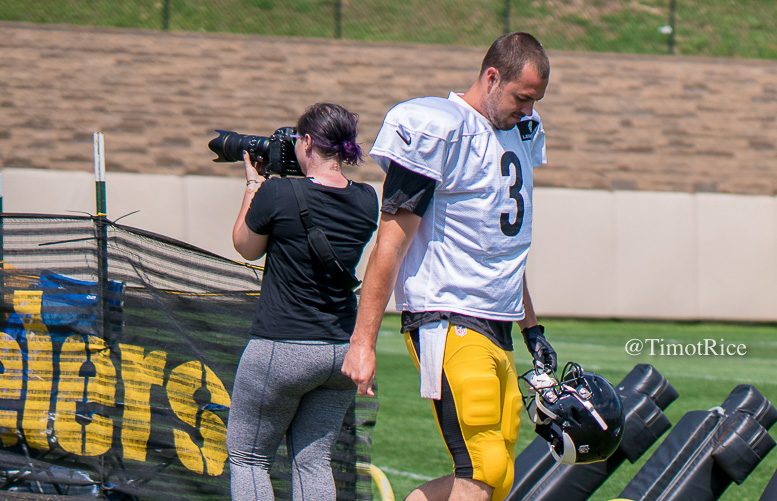 The Pittsburgh Steelers were fortunate over recent years, as the offensive line has improved and he has been reined in by his new offensive coordinator, to have quarterback Ben Roethlisberger healthy throughout the 2013 and 2014 seasons. That was not the case last season, during which he missed the most time of his career due to injury

Of course, the Steelers won a playoff game last year, and only even made the playoffs once during those two previous seasons, but that is neither here nor there. I don’t think there is a coherent debate in which one side takes the position that the team is better off with Roethlisberger missing some time due to injury during the year.

But with last year’s not so friendly reminder about the importance of a quality backup quarterback—which, it could be fairly argued, the Steelers did not have—it is all the more important to assure that the team is in a stable position when it comes to whoever is backup Roethlisberger this year.

While veteran Bruce Gradkowski said at the start of training camp that he has not been told one way or another what his role might be, the majority expectation seems to be that Landry Jones will continue to serve as Roethlisberger’s backup, a job that he partly inherited due to injury, and then kept due to acceptable play and lack of alternatives, last year.

Jones, of course, finally got his beak wet last season after he spent the entirety of his first two seasons without having even dressed for a game. He started two games, though he only finished one, and lost it while throwing two interceptions, but he showed obvious growth when compared to his training camp and preseason displays over the course of his first two seasons.

The Steelers are not only expecting, but seeing a continued level of growth from Jones as he enters his fourth season, a contract year. As Alex Kozora has noted in his training camp reports, his ball security in particular has been much improved, and it certainly helps that he is getting far more reps than ever with the first-team personnel.

Rookie wide receiver Demarcus Ayers recently talked to Teresa Varley for the team’s website, and he told her that Jones has been in his ear during practice and working with him individually at times, which shows the sort of growth, and the level of comfort in the offense, that he has gained since last year.

It is in the Steelers’ best interest, obviously, that Jones ultimately develops into a player that they can be confident in activating for every game, knowing that if he needed to play, he could come off the bench, or even start for a stretch, and command the offense in a way that keeps them competitive.

But this is the season in which it has to happen, in the final year of his rookie contract. He will hit free agency in 2017, though I wouldn’t expect much of a bidding war for the generally unaccomplished former fourth-round pick. But if they don’t have an answer with him by year four, they likely never will.