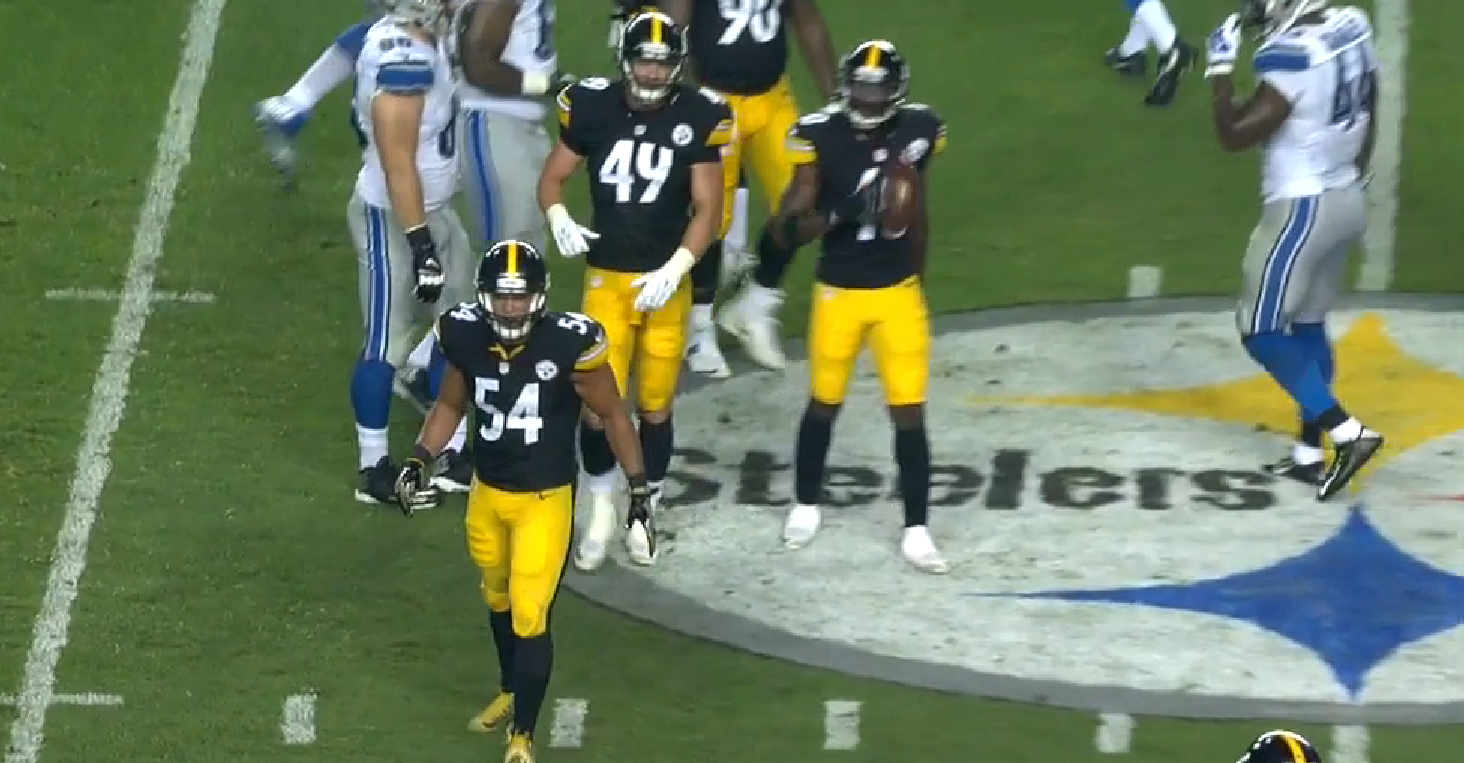 While the Pittsburgh Steelers were fairly soundly defeated over the course of the second half of their first preseason game against the Lions, it was not every player on the roster that struggled, and, in fact, there were a number of encouraging performances that are worth pointing out. Among them was the one supplied by inside linebacker L.J. Fort.

Though technically a second-year linebacker, Fort has been in the league since 2012 after originally signing with the Browns as an undrafted free agent, and he played in all 16 games that season, but only dressed for one game in the three subsequent years, all with different teams.

After being waived by the Patriots during training camp last year, the Steelers claimed him and let him run around the field, perhaps not thinking much of him, but his play drew enough attention that he wound up on the practice squad as a sixth inside linebacker. By the end of the year, due to injury, he was on the 53-man roster.

If he continues to perform as he did last night, he should be there to start the 2016 season, particularly due to the fact that the Steelers are in the process of trying to replace at least one, and more likely two, inside linebackers from last season after they lost two in free agency back in March.

During the game, he recorded four tackles, and another on special teams. He also provided pressure on the quarterback on an incomplete pass, and on another occasion, showed off what has said to be quality coverage skills, able to prevent a completion on a third-and-four play that would have moved the chains, forcing the Lions to punt.

The Steelers kept Fort on the practice squad last year because they knew that he could provide quality special teams play if the need for such arose during the season—which it did, of course, late in the year. He showed nothing last night that suggested that their belief in his abilities in that arena were unfounded, and he could potentially be a four-phase player, as were the players he is trying to replace.

But Fort is showing that he doesn’t have to be limited to being just a special teams contributor—although, truth be told, the Steelers don’t necessarily need any help at inside linebacker on defense, with the position well-secured by their top three on the depth chart.

But Fort, though a bit on the small side for the position, has shown the ability to fill the lane against the run, to drop into coverage, and even to get after the passer off the edge or up the middle on a blitz. As long as he continues to build off what he has been doing in training camp, and now the preseason opener, I think you will be seeing his jersey on Sundays.