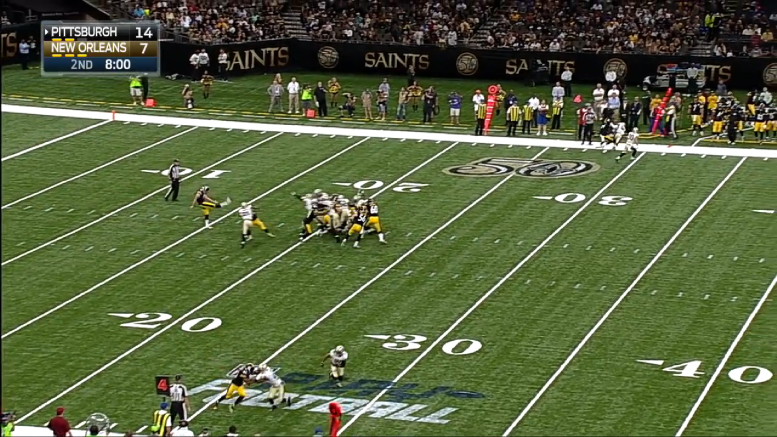 Entering the preseason last year, there was not much made about first-year punter Jordan Berry, who did not seem to have the same sort of life in his leg as then-incumbent second-year punter, and fellow Australian, Brad Wing. Still, there was some expectation that there might be some sort of competition for the Pittsburgh Steelers’ punter job.

And there was, once the preseason games commenced and the live-action punts started being punted. As the games grew on, people began to wonder more and more if Berry might unseat the man just a year his senior, and it came down to the wire.

Ultimately, he didn’t have to, because the Steelers were able to find a trading partner for one of their punters, and they ended up reaping a seventh-round draft pick for Wing. The competition being so even on their end, when the opportunity came to profit from one when the loser would have inevitably been released with no recompense, they took it, needless to say.

During his rookie preseason, Berry punted 19 times in five games for at 49.8-yard gross average, though the net came to only 43.8, and he had just one touchback. 11 of his kicks were returned for a total of 93 yards. Three were returned in his first game for 72 yards, however.

So far, through three games of the 2016 preseason, Berry has punted six times, and he is putting up an exceptional body of work thus far. While he has a gross average of 56 yards per punt, he is still putting up a net average of 54.2 yards.

While four of his six punts have been returned, opposing teams have yielded just 11 total yards for their efforts, though this also includes returns negated by penalties on the return team. Of course, that would be equally applicable during the regular season.

In general, however, Berry has indeed been looking improved, and his directional punting seems to have been a focus, as he has angled a number of his small sample of punts toward the sidelines, one of which bounced out of bounds, and at least one other of which drew the returner out of bounds as he fielded it for no gain.

Just in the last game alone, he had to punt just once, since the offense was so efficient in the first half, but his one punt sailed 55 yards and bounced out of bounds inside the 20-yard line.

Since his gradual decline late in the season, culminating in a poor showing in the Divisional Round playoff game in Denver, Berry has clearly been on the upswing, and his leg seems to be rejuvenated after enduring his first year in the league.

While the preseason is admittedly a different beast from the regular season, and the sample size is rather small, Berry’s performance over the course of these three games has been decidedly impressive, and encouraging. The Steelers have had a revolving door at punter for too long now, and he will be the first one to start the season in consecutive years since Daniel Sepulveda in 2010-2011.