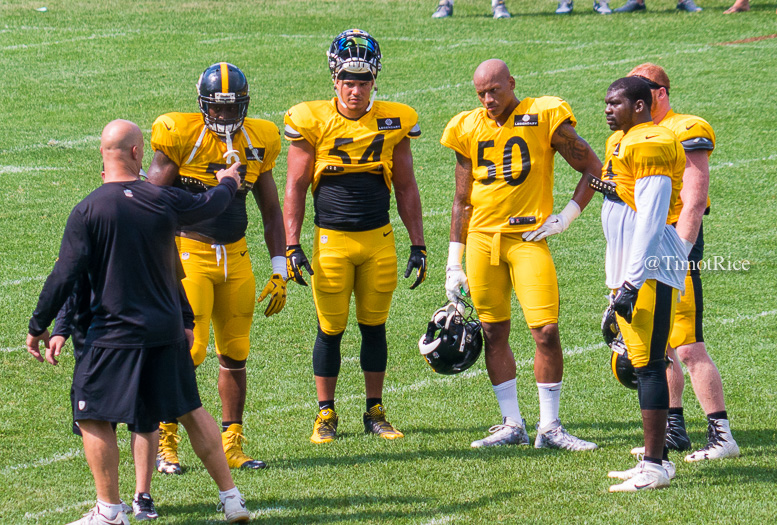 Some saw fit to color themselves concerned about the Pittsburgh Steelers’ inside linebacker position—specifically the depth—after the team lost not one, but two of their backups over the course of free agency. But if the early days of training camp are any indication, they should not have great difficulty finding suitable replacements.

To be sure, the Steelers did not ignore the position in trying to fill in the roster spots that were lost, adding one inside linebacker in free agency, and then using a draft pick on another, while another two had already remained a part of the team.

While Vince Williams remained among the regular contributors to assume the role of top backup, another, sixth linebacker finished the 2015 season on the 53-man roster, L.J. Fort. He had spent the year on the practice squad before then, and has been drawing attention so far in camp this year after playing well a year ago.

He recorded the first interception of camp, and a variety of camp reports have described him as being able to defend both the run and the pass. He has been running with the second-team defense alongside Williams, in part due to his seniority on the roster, but also because his play has earned it.

The free agent signing, Steven Johnson, however, has also endeared himself to teammates and coaches with his hard play, and we already know that he has the pedigree to make the roster as a special teams contributor, which has resulted in many already penciling him in for a roster spot simply due to that fact.

But rookie Tyler Matakevich is not interested in being weaned on the practice squad after being drafted in the seventh round, and he had perhaps his best day of training camp thus far last night during the Steelers’ Friday Night Lights practice.

In particularly, he was able to shine during the backs on backers drill, ‘winning’ the drill and reportedly getting past his man on all seven reps that he took, including a final two against Roosevelt Nix, upon Mike Tomlin’s request.

While pass rushing is not the strong suit of the inside linebacker position—nor was it regarded to be Matakevich’s forte, by any means—everything that he is able to show will only make it more difficult for him to be cut, which is the goal of every player on the fringe of the roster.

Perhaps the same accolades may not be said of Jordan Zumwalt, the third-year player who spent his first two seasons on injured reserve, yet he seems to be spending a deal of time working more with the outside linebackers, which is a position that already seems comfortably crowded.

Between Fort, Johnson, and Matakevich, I believe the Steelers should have no trouble replenishing their inside linebacker depth chart, with players who can contribute both on special teams and on defense.