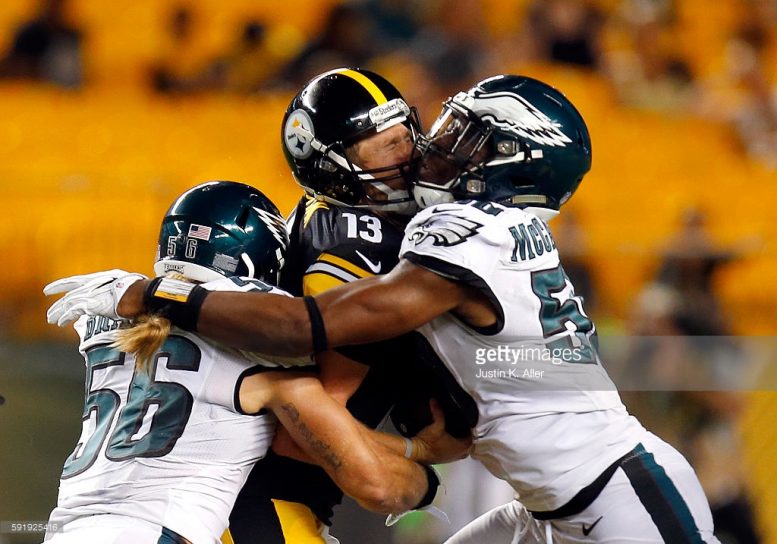 Per Chris Bradford, Vaughan says the injury happened in the fourth quarter though didn’t point to a specific play. He was sacked three times in that quarter alone, bringing his sack total to seven in two games with the Pittsburgh Steelers.

He told reporters he didn’t know how long he’d miss. Time isn’t on his side with less than two weeks until the preseason’s end.

The right thumb, of course, is his throwing arm, and that will only lengthen his recovery time. He had been working as the #3 QB with Bruce Gradkowski out with a hamstring injury. Though his preseason tape hadn’t been very impressive, the team gave him a long look in training camp and there was still the possibility he’d make the team as the third quarterback. Those slim chances have diminished that much more.

Through two preseason games, Vaughan completed 13 of 24 passes for 117 yards, no touchdowns, and no interceptions.

Renner will take Vaughan’s spot as the #3 quarterback. He’ll have six days to prepare for the third preseason game against the New Orleans Saints. It’s unclear if he’ll be ready to play Friday night. If he does, it’ll likely be for just a couple series.