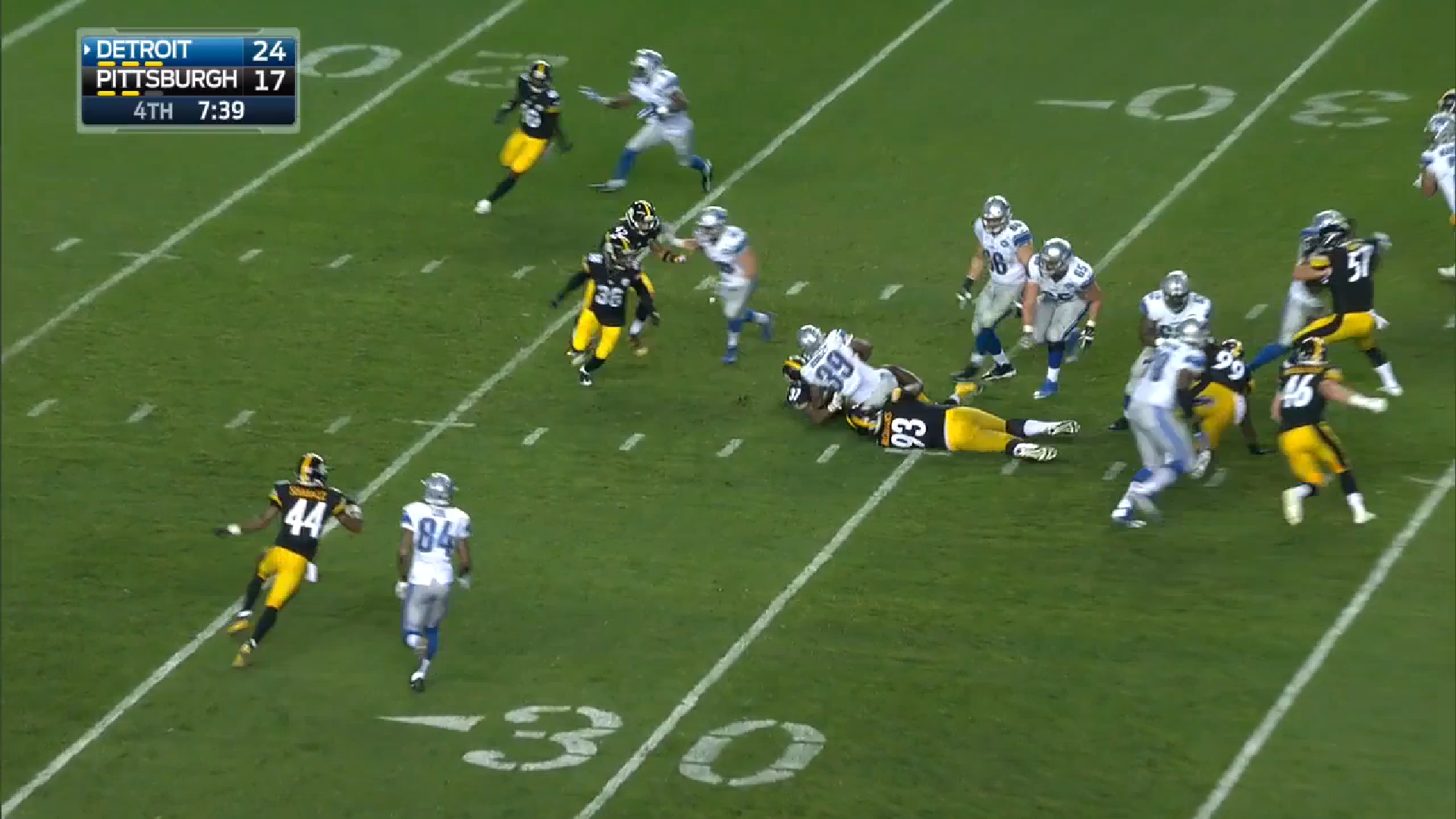 The Pittsburgh Steelers knew that they had to address the nose tackle position after veteran Steve McLendon departed in free agency, and they did that with the drafting of Javon Hargrave in the third round of the 2016 NFL Draft, but they were also counting on seeing some development from third-year nose tackle Daniel McCullers.

That is no doubt part of the explanation for the fact that McCullers played an extensive number of snaps against the Lions on Friday night in the Steelers’ preseason opener, even logging quite a number of snaps in the nickel defense as well as in the 3-4, formerly known as their ‘base’ defense.

While mileage may vary depending on the observer, my initial conclusion in reviewing McCullers’ time logged in the game revealed nothing new, or at least showed nothing that we haven’t seen before, and that speaks toward both the positives and the negatives.

A comment first must be given, however, to the extensive amount of playing time that he saw, from the opening drive of the game against Detroit’s starting defense all the way through the end of the fourth quarter, against players who will more likely than not seeking employment within a matter of weeks.

Over the course of the game, McCullers saw roughly 40 snaps, which I’m going to wager just offhand that that is the highest number of snaps that he has seen in a game as a professional, whether in the regular season or preseason, accounting for over half of the team’s entire defensive snaps.

Under that sort of workload, no doubt, the coaching staff was hoping to see what sort of ebbs and flows in the third-year man’s energy level would creep up, and, really, we did see that. Midway through the fourth quarter, he put together arguably his best two-snap sequence of the game, registering two tackles against the run, but he was very late on the ball a snap later against the pass and gave minimal effort in settling beneath a double-team. He was taken off the field on the next snap.

In general, even when he should have been well-rested, McCullers’ level of urgency left much to be desired, heightened only when he was in the immediate vicinity of making a play, and credit must be given for the effort that he put forth at the end of the Steelers’ first drive, which ended in him recovering a fumble.

As a pass-rusher, he showed both the advantages and disadvantages of his size, at times able to use a bull rush to put a dent in the pocket, but also being stymied due to his limited mobility. His only registered quarterback hit on the day came on a play in which he relented and the center turned away from him before coming back.

I do want to give a special mention to the fact that I saw McCullers on one play successfully navigate a cut block in moving laterally against an outside zone run. While he is not the most mobile of the Steelers’ defensive linemen, improvement in his footwork is what I’ve been wanting to see from him most of all.