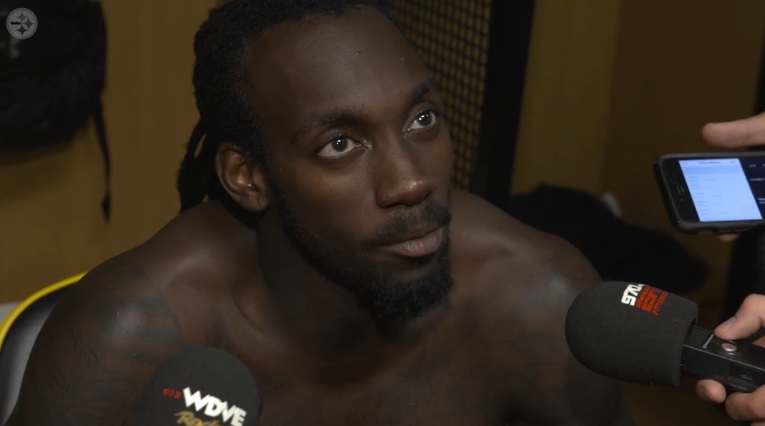 As our Matthew Marczi eloquently summed up this morning, it was far from a sparkling performance by Sammie Coates in his second-year debut. A near drop and two fumbles that would send most into Mike Tomlin’s doghouse.

Speaking to reporters after the game, Coates owned up to his mistakes and understand that type of performance is one he can’t repeat.

“You gotta be able to hold onto the ball. There’s no excuses,” he said to the media following last night’s game. “No way around it. I fumbled twice and I gotta fix it.”

Coates showed sure hands and excellent ball security throughout camp but admitted he got away from that during the game.

“I just gotta be more careful with the ball. Protect it more like I used to do at practice. I never put the ball out. It’s just one of those things, I got excited out there and was being careless with the ball.”

We love breaking down the X’s and O’s on here and just spent the morning delving into Javon Hargrave’s rookie debut. But for Coates, it’s black and white. Hold onto the football if you want to see the field. Luckily for him, he has three more preseason games to show he can rebound and hopefully, games that won’t have the overall sloppiness Coates showed individually.

Of course, that doesn’t excuse his individual missteps, and if he truly wants to reach those expectations we’ve all set for him – consistent playing time, the #2 receiver, harbinger of world peace – he’ll need to harness those details that separate those that reach their potential and the ones that never transform it into production.

Coates, to his credit, seems to understand and embrace it.

“I can’t go back and change anything about this game. The only thing I can do is never do it again.”