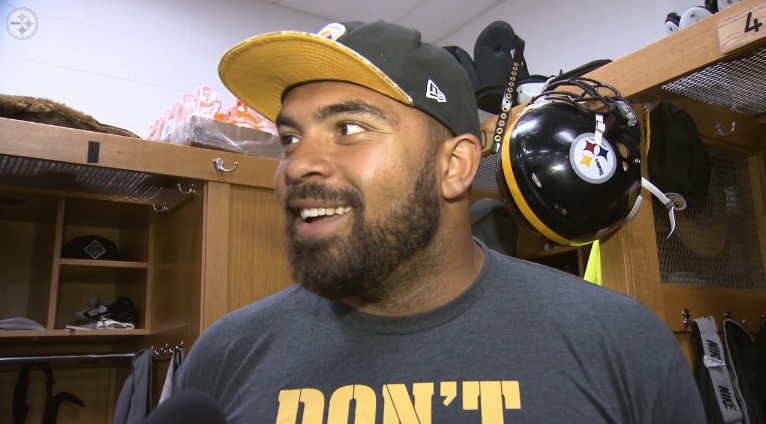 For most of his recent meeting with reporters, Cam Heyward was understandably asked about the status of his ankle sprain and outlook for Week One’s matchup against Washington. But towards the end, he was asked to grade rookie Javon Hargrave’s performance. And Heyward immediately burst into that million-dollar smile and gushed over the man they call, “J-Wobble.”

Hargrave recorded his first career sack and based on our defensive charting – which includes pressures this season – had four pressures in a span of 11 passes. His sack came by beating the Saints’ center with a strong club and swim.

We’ve posted the clip of it before but worth seeing again.

Pro Football Focus, your favorite site to love/hate, graded the rookie higher than anybody else on the roster, a contest that saw several stellar performances from both sides of the ball.

This morning, I broke down how his hustle and chase to the football was as impressive as anything.  Heyward, however, cautioned consistency will be the key for him and every other young guy attempting to carve out a role.

Hargrave will be an even more important cog if Heyward, despite him professing his Wolverine-like mentality to play, misses or is limited early in the season. Hargrave won’t replace him as a five-tech in the Steelers’ base but will be a main contributor in sub-packages, just as he has done throughout the preseason.