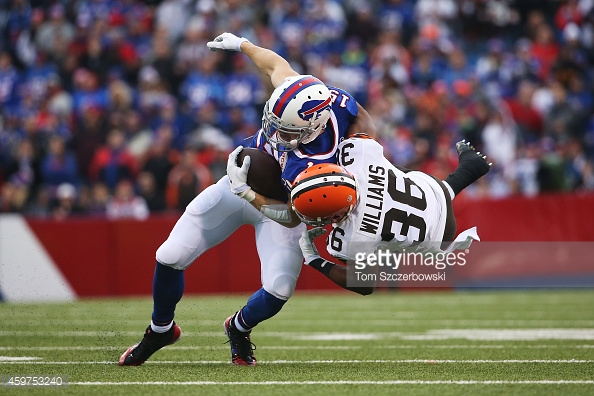 While it took a little while, the Cleveland Browns are finally parting ways with cornerback K’Waun Williams as he was reportedly waived Monday as part of the team’s cut-down to 75 players. Williams’ name should ring a bell to everyone who reads this site on a regular basis as Alex Kozora wrote about him nearly two full weeks ago as a potential post cut-down target for the Pittsburgh Steelers.

With Williams now reportedly waived, it will be interesting to see if the Browns list him as being injured. As the story goes, the Browns recently suspended and fined Williams for a violation of team rules after he didn’t play in the team’s preseason opener. At the time, Williams and his agent maintained that the Pittsburgh product wasn’t healthy enough to play because of needed surgery to clean up bone spurs in his ankle.

Should Williams’ ankle still be an issue, then he will undoubtedly need to get that fixed prior to team claiming him or signing him as a free agent. If, however, he doesn’t need surgery, or has already had it, and is thus healthy and ready to play, then one could easily speculate that he won’t be unemployed very long.

Williams was the Browns starting nickel cornerback the last two years after signing with them as an undrafted free agent in 2013 out of Pittsburgh. In the 26 games that he played in with the Browns, Williams recorded 77 total tackles, 10 defensed passes, two sacks and three forced fumbles.

On Monday, Browns head coach Hue Jackson was asked to comment on the team’s decision to finally part ways with Williams and he refused to do so.

Should Williams go unclaimed off waivers, that might tell you all you need to know about his current health. Regardless, he should wind up playing somewhere during the 2016 regular season.