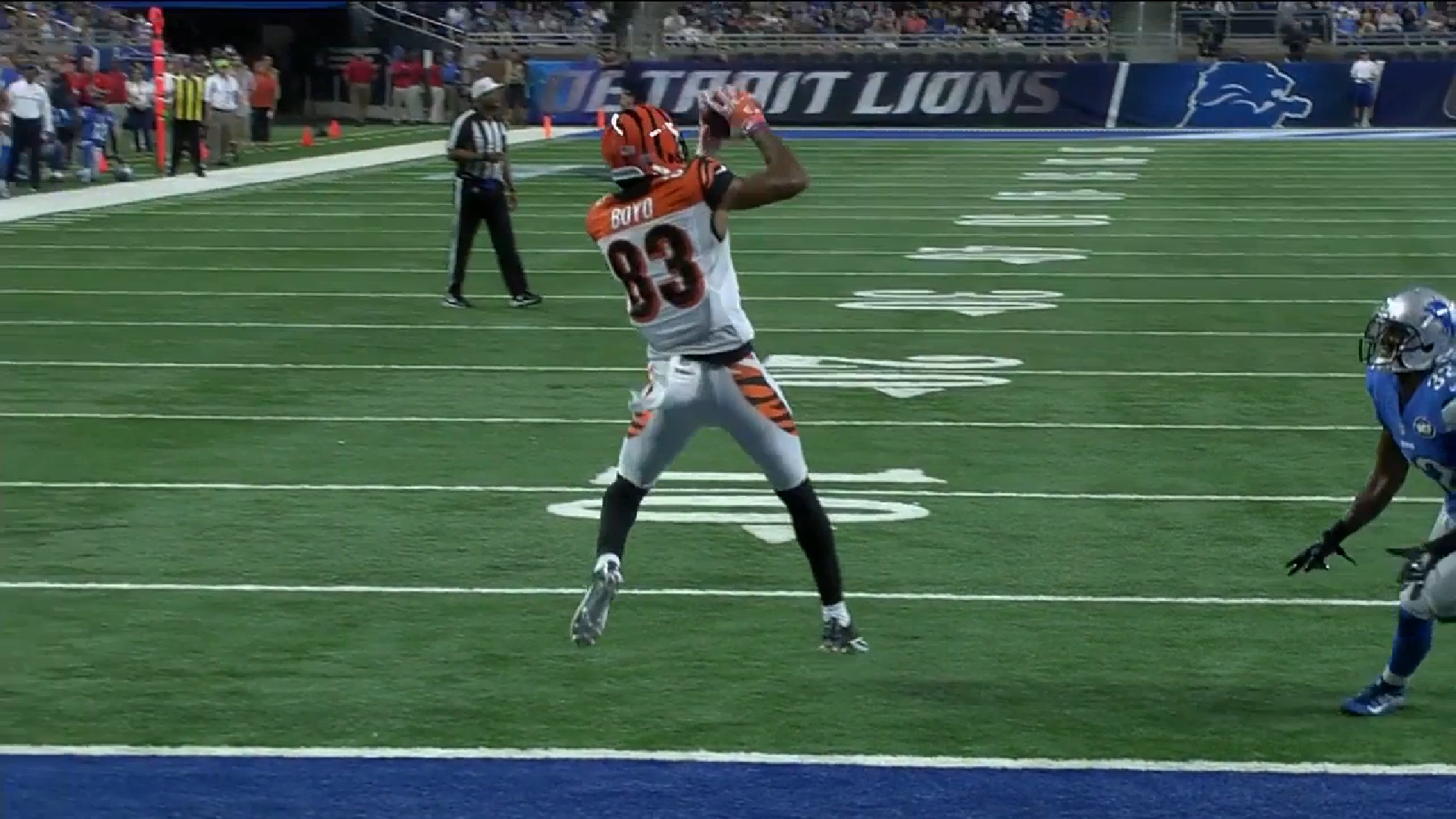 It was widely believed that the Cincinnati Bengals were hoping to target a wide receiver at the top of the 2016 NFL Draft, in the first round, and it looked for a while as though they would be in good position to do so. Just before they were put on the clock, however, there was a run on the position with three straight picks taking top wide receivers on the board.

The Bengals turned to Plan B to draft a cornerback, but came back to their top interest in the second round when they drafted Pitt wide receiver Tyler Boyd. The position quickly became a need over the course of the offseason when both Marvin Jones and Mohammed Sanu—the team’s top wide receivers outside of Pro Bowler A.J. Green—signed with the Lions and Falcons, respectively, in free agency.

The Bengals had no immediate candidates in-house that they could trust with a starting role, so they signed veteran free agent wide receiver Brandon LaFell after losing Jones and Sanu, hoping that he could fill in and serve in that role well while Boyd works as the third option as a rookie and develops into a more well-rounded player.

Geoff Hobson, the team site’s primary reporter, was one of Boyd’s early skeptics, at least with regards to the young wide receiver developing into a complete player, and thus welcomed the signing of LaFell as a veteran who would understand what his role was to be in the offense and how to execute it.

As training camp has come and gone, however, and a couple of preseason games have been played, Hobson has seen a player that has developed further along in a shorter amount of time than he and many others had anticipated.

He was recently asked for his opinion about Boyd’s route-running ability and how it has come along since he was drafted back in the spring, and he said that he talked to offensive coordinator Ken Zampese and veteran cornerback Adam Jones about the rookie’s development in that area and others.

Hobson related that they both praised Boyd’s instinctiveness and smoothness, and he input his own analysis in saying that “he sure looks like a starter”. The rookie has been given extended opportunities because LaFell has been sidelined with a hand injury, though it appears that the veteran should still be in line to be the starter when he is healthy—presumably for the season opener.

Boyd is said to have consistently flashed and made plays during training camp. Virtually everything has seemingly been positive over the course of the spring and summer. Still, the ultimate test will come in the regular season when he is consistently going up against starting defenses in games that count.