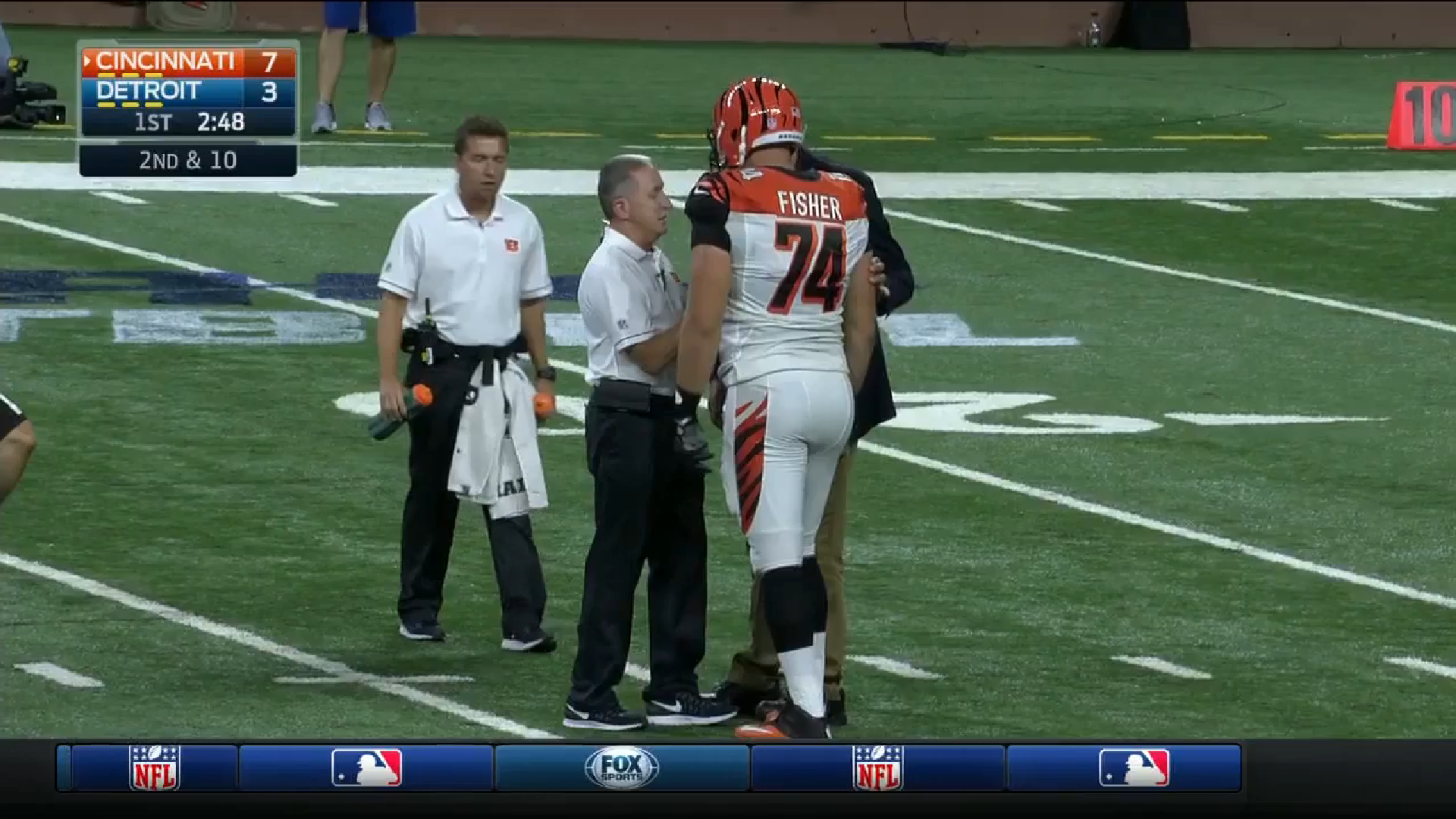 While I might not go so far as to say that the AFC North has been the injury capital of the league thus far during this offseason, it certainly seems to me that these teams have had their fair share of the injury bug, and then some. The Cincinnati Bengals have been dealt a number of blows, and took a couple more dings in their most recent preseason game.

The Bengals have tried to prepare for the future in recent drafts. In 2015, for example, they used their top two draft selections to take offensive tackles—Cedric Ogbuehi in the first round, and then Jake Fisher a round later. While neither were asked to be full-time starters as rookies, both played.

With Andre Smith leaving in free agency, it was Ogbuehi who has been given the first opportunity to lock up the starting right tackle job this summer. The only problem is that he suffered a toe injury in the team’s preseason opener against the Vikings last week and is sidelined.

As a follow-up, Fisher replaced Ogbuehi as the starting right tackle in the Bengals’ second preseason game against the Lions, only to go down with an ankle injury himself, so two of Cincinnati’s top three offensive tackles are currently sidelined with lower body injuries—both second-year players who need the reps.

The Bengals did have the wisdom to sign to a free agent contract veteran tackle Eric Winston, who has flirted with retirement in recent years only for Cincinnati to come calling. A ranking member of the NFLPA, Winston has been hanging on to an NFL career for the past couple seasons on the wrong side of 30.

Currently, Winston is the only option to run with the first-team offensive line at right tackle, even though, with the drafting of Ogbuehi and Fisher, there was an intention to work him more at the guard spots.

Though neither injury to their tackles appears to be very serious, it is the case that they are missing valuable reps, given how young and inexperienced they are, especially in comparison to Andrew Whitworth, the Bengals’ starting left tackle for quite some time now.

It is not impossible that the injuries to their young tackles could linger into the season as we hasten toward September, and that Winston could find himself in the starting lineup of a game that actually matters, which has been a rare instance in the past couple of years.

Though he has started 123 games in his career, Winston has not had more than two starts in a season over the course of the past two years, and the only way that appears to change is if the Bengals deal with lingering injuries.

I wouldn’t imagine that it would reach that point with Ogbuehi and Fisher, but it is unfortunate for them and for the team that they will not be able to make up these valuable reps, especially considering their limited playing time as rookies in 2015.