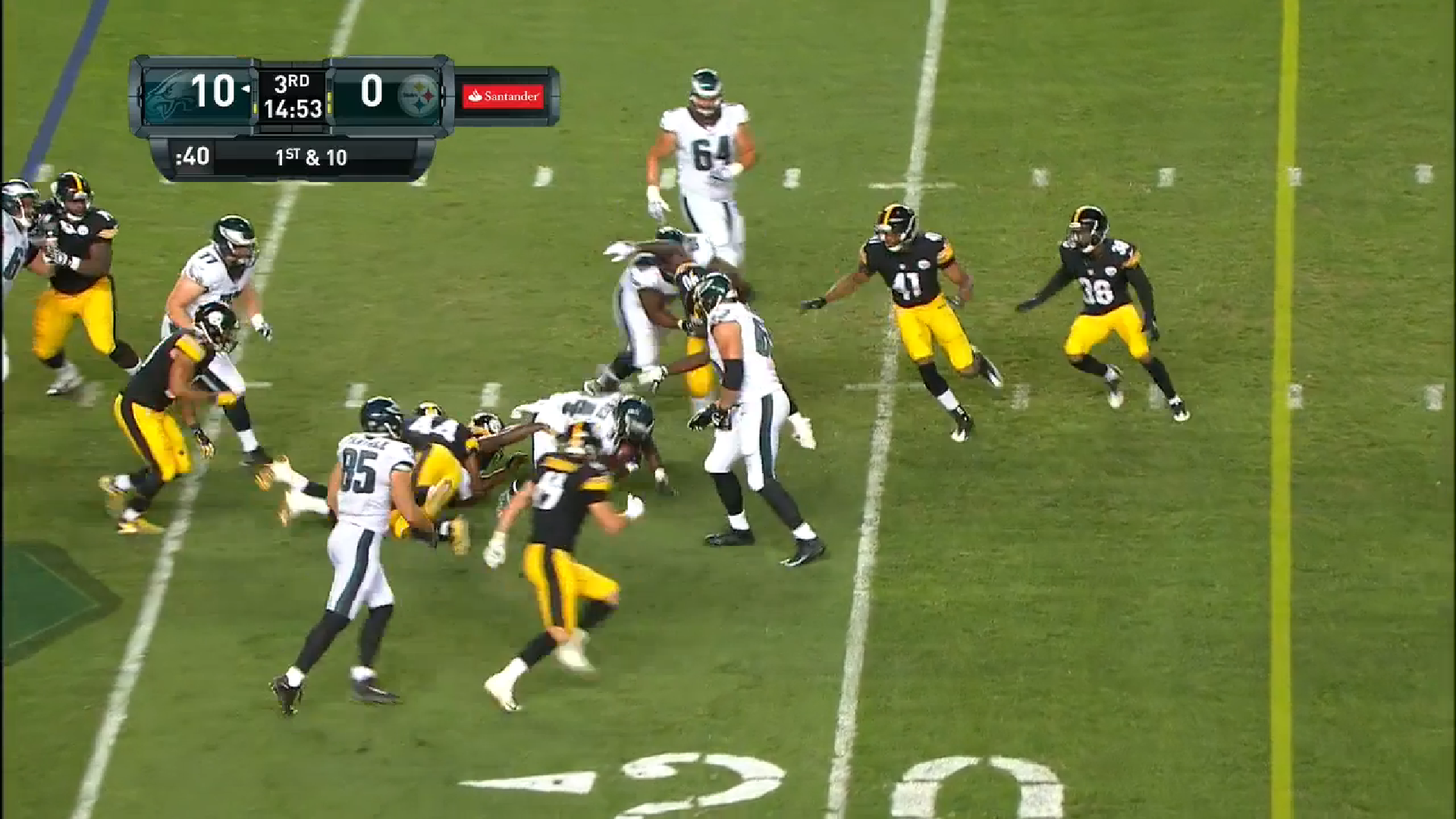 This has not been the easiest year for rookie Travis Feeney. While he certainly has a long history of shoulder injuries, it was a sports hernia injury that limited him during the draft process, and that required time to heal. He even miss much of the Steelers’ spring drills.

Feeney still spent much of the Steelers’ training camp recovering from injury, though he did not start on the Physically Unable to Perform List. As a result, he was unable to participate in the team’s first preseason game.

He did manage to return to practice the following week, and was able to play in the second preseason game. In fact, he saw quite a number of largely unremarkable snaps at outside linebacker. But he was notably underrepresented on special teams.

And that is a pretty important issue when it comes to his prospects of making the 53-man roster, as making himself indispensable in that aspect of the game will be his key to staying there, rather than missing the cut, with the Steelers hoping to land him on the practice squad.

He played but one snap on special teams against the Eagles, if memory serves, and that was obviously not enough to make an impact. He had better see quite an uptick in his special teams contributions over the course of the final two preseason games if he has any hope of making the 53-man roster.

There is, of course, the fact that he had only recently returned to practice, and though he contributed on defense, it is possible that he was not regarded as prepared to contribute significantly on special teams, a reality that could obviously change with more reps.

So will he see more special teams duty—which outside linebackers coach Joey Porter intimated would make him too valuable to risk to waivers—over the course of the final two preseason games? And if he does, what sort of chance does he actually have of making the team—even with Anthony Chickillo sidelined?