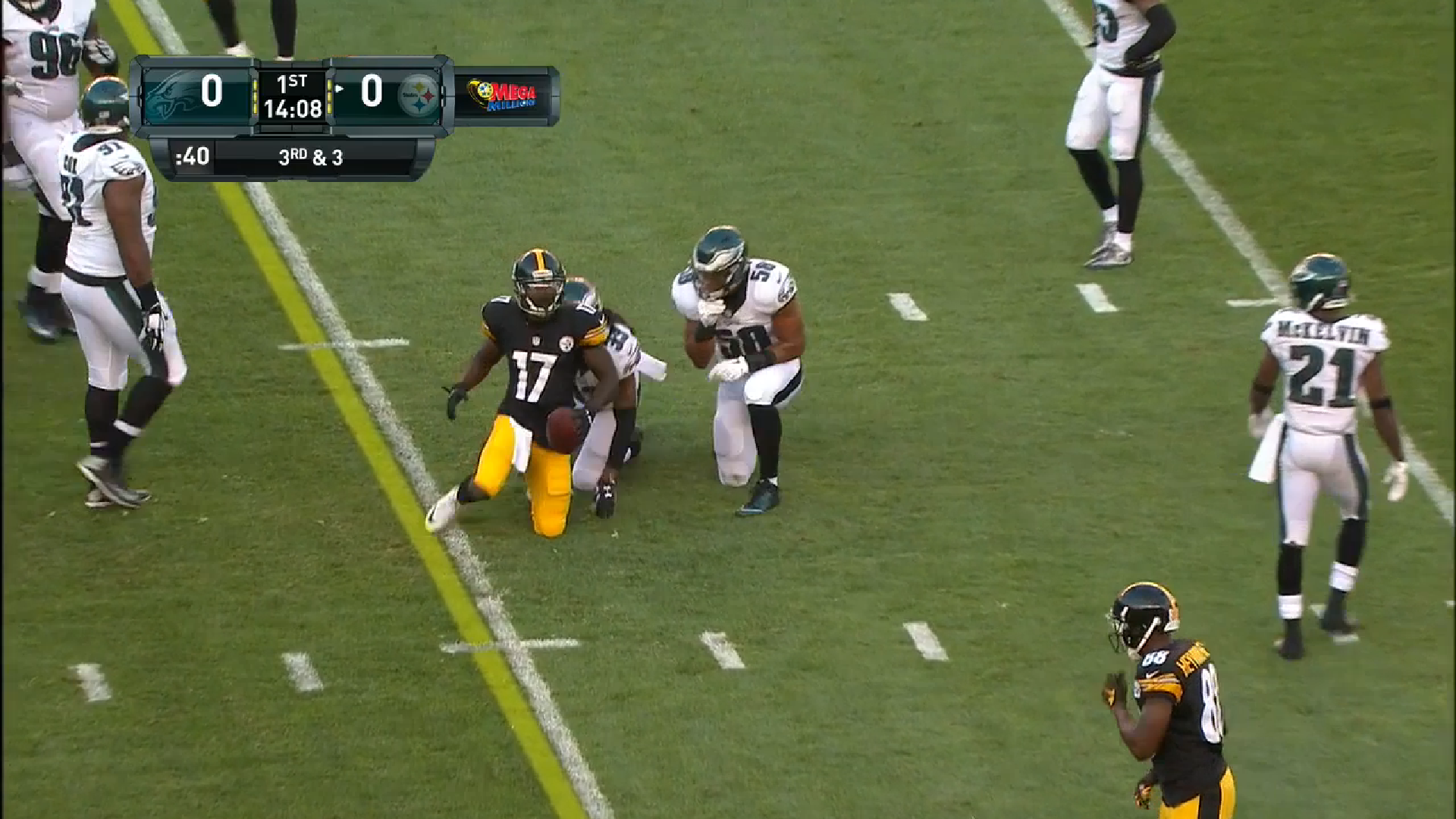 Question: How high can, or should, second-year wide receiver Eli Rogers ascend the depth chart before the regular season opener?

Over the course of two preseason games, former undrafted free agent second-year wide receiver Eli Rogers has caught five passes for a total of 48 yards. And there is serious talk about whether or not he should open with the Steelers’ starting offense in the slot on the team’s first offensive snap of the regular season.

That is how much he has consistently impressed his coaches over the course of the past two spring and summer sessions, though it has only been in 2016 that he has had the opportunity to showcase his skill set inside of a stadium, after a foot injury early in training camp last year robbed him of that opportunity and forced him to sit out the year on injured reserve.

What does seem clear with the conglomeration of two preseason games and a number of training camp practices is that Rogers is obviously one of the team’s best route runners, perhaps the second-best behind only Antonio Brown.

He has shown a consistent ability to get open and regularly shows his numbers to the quarterback to make him an easy target, which is why he has been able to endear himself not just to Landry Jones, but to the starter, Ben Roethlisberger.

Darrius Heyward-Bey is capable enough, but certainly not a spectacular option. Second-year wide receiver Sammie Coates has shown through two preseason games that while he possesses the ability to make a big play here and there, he is also lacking a lot of nuance still in his game and may be better reserved for a more limited role.

In the meantime, fourth-year wide receiver Markus Wheaton has seemed to be ticketed for the slot, which is a role that he had to adjust to last year, and which caused some growing pains. He has missed many practices this year, to boot. Perhaps their best option is to line Brown and Wheaton up outside and bring Rogers in for three-receiver sets. They have another couple of weeks to determine whether or not this is the best course of action to take.