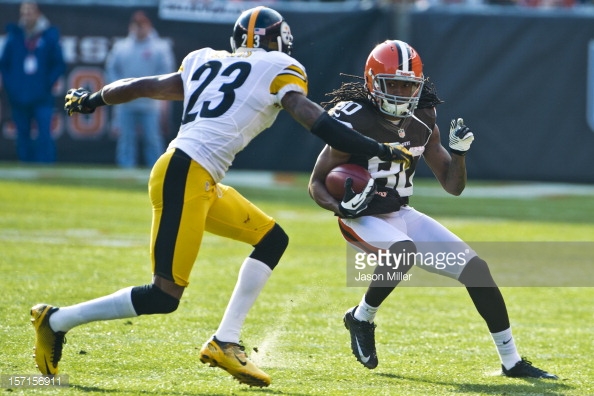 Question: Where do the Steelers themselves see that they currently stand at cornerback?

This is the question that I really want to know, and I obviously can’t answer it. When the decision-makers look at their roster right now, at the cornerback position, what do they see, and do they see enough of it? Do they believe they can assemble a 53-man roster?

We recently got a couple of wildcards into the mix, with second-year never-having-played cornerback Senquez Golson evidently insinuating that he will be ready to return to play sometime a bit after midseason. Even if he does, however, how could they expect him to contribute based on less than four full training camp practices in two years?

The Steelers have also explored signing the recently released Keenan Lewis, who was just in Pittsburgh and after finishing his visited said that he got good news and bad news. My belief is that the team gave him a physical—obviously—and he was told that his hip is worse off than he wanted to believe, but that they may want to revisit signing him when he gets healthy a month or two from now.

The fact that they would make that consideration, however, obviously has to say something about what they think of their depth, right? Or how much can they expect of a player like Artie Burns, a raw rookie who has missed most of training camp, no matter what his pedigree might say?

Doran Grant has at least superficially seemed to show some progress in his second season, and yet he has been bandied about between cornerback and safety, while Sean Davis has been given the opposite treatment, and is working with the first-team defense in the slot.

The wildcards, and where the really answer is, are at the end of the roster, with players like Montell Garner and Al-Hajj Shabazz, whom I’ve written about this past week. Donald Washington and Kevin White, still more options. What do the Steelers make of these options? Do they seem any better than the scraps of other teams, on which they have sustained themselves over the past several years after final cuts have been made? This I want to know.