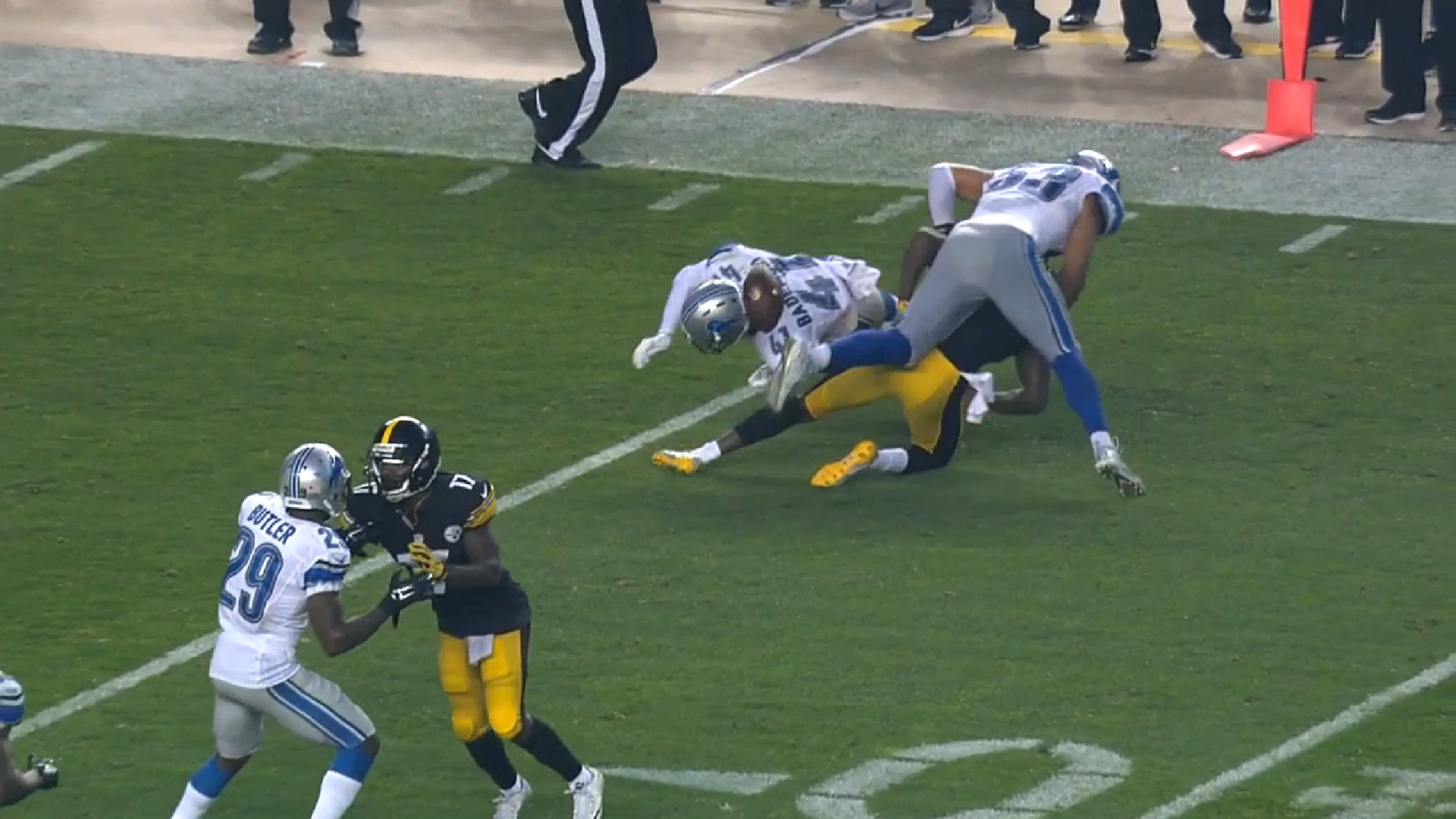 Question: Game Edition – Will Sammie Coates have a bounce-back performance in game two?

The progression of second-year wide receiver Sammie Coates in his second training camp has been talked up and down from virtually every corner of media available, including from ourselves, but though he had his issues in practice, he literally bobbled most of his opportunities that he saw in the preseason opener to impress and show that he belongs and deserves a prominent role in the offense.

Coates recorded four total touches, including one end-around run, as well as four targets in the passing game, and he mangled all but one opportunity.

On one pass in his direction, his first, he was the recipient of a screen pass that he bobbled and had to double clutch, which prevented him from advancing up the field. His next opportunity came on a third-down play in which he caught a crossing route over the middle and turned the corner for a first down, but his ball handling allowed a defender to dislodge the ball for a lost fumble.

A bit later, toward the end of the first half, Coates was targeted on a deeper pass over the middle in the two-minute offense. He attempted to slide in order to bring in the ball, but upon further review, it is clear that he let a catchable ball out of his grasp for an incompletion.

Finally, later in the game, he got the ball on an end-around and again allowed the defense to dislodge the ball and produce a fumble, though mercifully the offense was able to recover. Only one target or touch during the game was fully clean, and on that he did manage to spin away from a tackler for extra yardage and a first down.

Coates has clearly demonstrated that he has a great deal of physical talent, but we have seen any number of talented athletes fail to fully make the conversion to a highly successful football player. I’m not saying that the second-year wide receiver is anywhere near reaching that tipping point, but a strong performance tonight would go a long way toward restoring confidence in him from the coaching staff as well as the fan base.