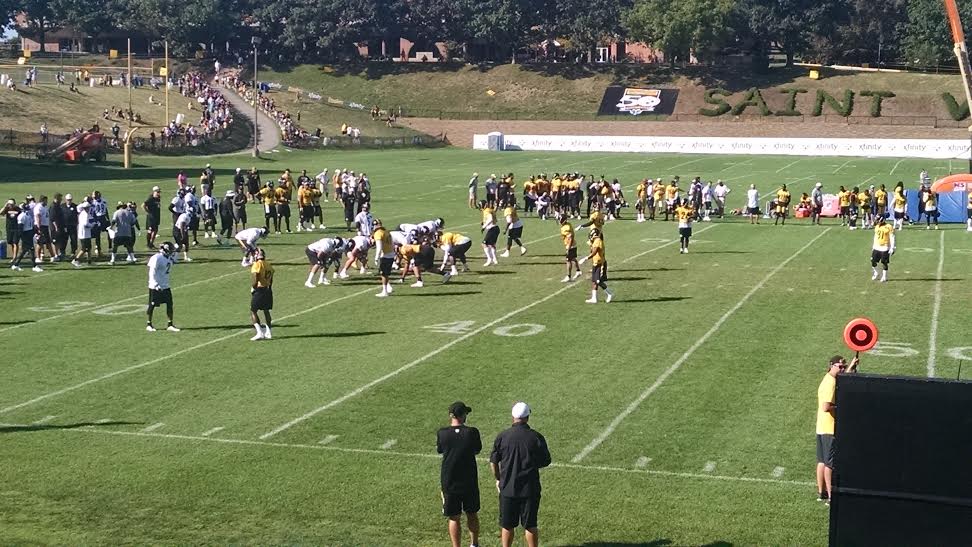 The date is July 28, 2016, and for Pittsburgh Steelers fans, that only means one thing: training camp is finally upon us.

Training camp is the true beginning of the journey that begins immediately after the last season ends. Most of the early work takes place in offices, and you get some instructional and conditioning work on the fields in the spring, but it is with training camp that true football finally begins.

Training camp is where the story of the season begins to take shape, after the roster has been set in the offseason in free agency and the draft. It’s when the coaches begin to build the puzzle from all the pieces, old and new, that they have been given to work with, figuring out how best they can score points or prevent others from scoring points against them.

Training camp for the Steelers this year is as big and critical as any over the course of the past few years. The team made some significant progress both offensively and defensively, putting up more points and giving up less, and they won their first playoff game in five years, but they know they are working toward building something greater.

Offensively, the goal is once again to score 30 points a game. Quarterback Ben Roethlisberger staying healthy this time around would go a long way toward achieving that goal. Health in general is of paramount importance, but you can’t coach away injuries.

You can coach up players who have to step up in the absence of others, however, and the Steelers will have their hands full in that regard. With tight ends Heath Miller and Matt Spaeth both gone, it will be up to free agent signing Ladarius Green, who may well begin on the PUP list today, and second-year Jesse James, among others, to solidify the position.

With Martavis Bryant suspended for the season, Markus Wheaton and second-year Sammie Coates will have a bigger role to play. DeAngelo Williams is facing another starting stint for perhaps four games with Le’Veon Bell reportedly set to serve another suspension.

Defensively, there is perhaps even more to be settled. In the secondary, Will Allen is gone, as is Antwon Blake. Robert Golden and Ross Cockrell have the experience advantages, but the Steelers want to get the young draft picks in Sean Davis, Senquez Golson, and Artie Burns in the mix.

Up front, Daniel McCullers and Javon Hargrave must man the nose tackle position, and Hargrave is hoped to be one of the answers to the depth problem in sub-packages as well, a position still seeking questions.

But training camp is the time to ask the questions and seek the answers, and you can be sure that we will be following all the storylines.