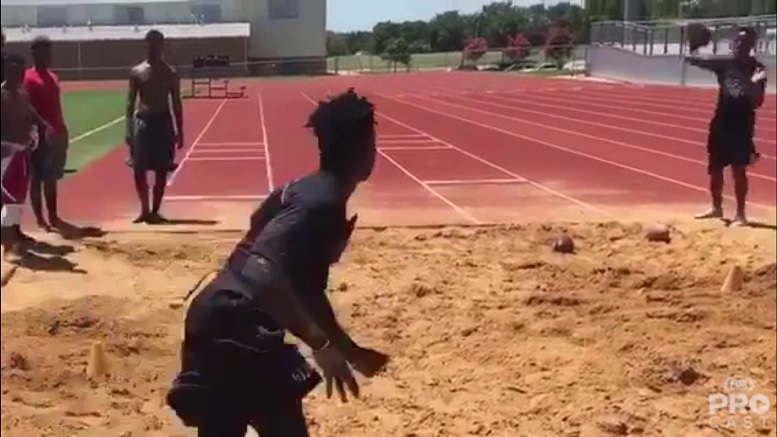 At the conclusion of the Pittsburgh Steelers mandatory minicamp practices a few weeks ago, head coach Mike Tomlin once again stressed to his team how important it is for them to show up at training camp in Latrobe in great physical condition.

“The next five weeks are going to be big and that’s one of the things that we stressed in terms of leaving them with,” said Tomlin. “What they do from here on is probably going to define them from a conditioning standpoint in 2016. That’s one thing that they can control. They’ve got no control over what we ask them to do and things of that nature but they do have great control over their readiness. So we challenged them in that area and look forward to watching them work to that and the next move for us is Latrobe.”

One player wo appears to be accepting that challenge is rookie seventh-round draft pick Demarcus Ayers as you can see in the video below that was provided this past week by Fox Sports. While Ayers might not have a beach nearby to run on to strengthen his legs, he is making due by running routes in long jump sandpit.

For years, we heard former Steelers cornerback Ike Taylor sing the virtues of running in sand pits during his offseason training sessions at the World Wide of Sports complex in Florida. Additionally, we’ve seen veteran linebacker James Harrison and several other defensive players playing Dannyball on the sand as part of their offseason training in Arizona. In other words, if players can find a way to work in the sand, they need to as it certainly appears to help strengthen their legs and lower bodies in the process.

Ayers, who just turned 22 this past week, figures to do battle against several other young wide receivers during training camp this year for what could wind up being only one available roster spot. The Houston product also hopes to show that he can supplant fellow wide receiver Antonio Brown as the team’s punt returner this year. The Steelers drafted Ayers because he was their highest-rated punt returner in this year’s draft class.

Soft tissue injuries are usually the death of young players during training camp as they can’t make the club in the tub. We can only hope that Ayers’ offseason sand work results in him staying on the practice fields of Latrobe the remainder of the summer.