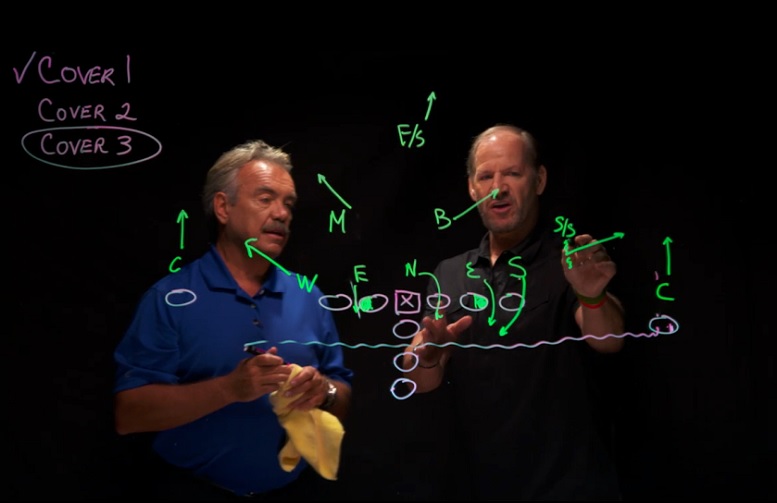 No mater who the coach is, it’s always fun to watch them discuss the inner workings of offensive and defensive schemes. It’s even better if that coach is Bill Cowher.

In a recent video on Real Football Network, Cowher, who was the Pittsburgh Steelers head coach from 1992 to 2006, thoroughly broke down a Cover 3 defense with site owner and current SiriusXM NFL show host Pat Kirwan.

While many of you already know quite a bit about the Cover-3 defense, Cowher makes sure to go over the roles of the defensive linemen in this video and especially when wide receiver motion or a a split out by a running back or tight end occurs pre snap. He also talks about how opposing offenses attempt to exploit this kind of defensive coverage as well. Watch this video a few times as you’re likely to learn something new.

If you are not already a subscriber of Kirwan’s site, you should be as it is well worth the annual cost of $29.95.