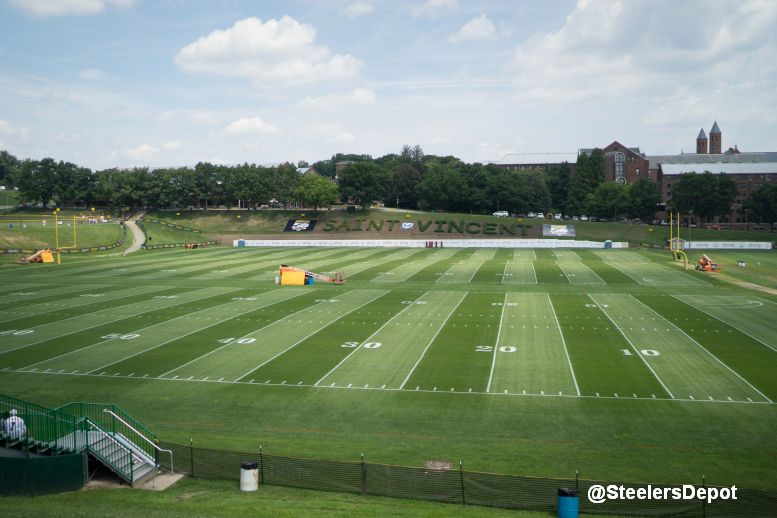 Take that feeling you had running down the stairs on Christmas Day and multiply it by roughly 11 BILLION. That’s how I feel today.

I do want to caution you on one obvious factor. This is just the first day. One of 14 practices and four preseason games to go. As excited as I am to take in some football for the first time in months, we can’t overdo it. These guys aren’t even in pads for these first two days. They’re basically wearing the same equipment as your buddies at the YMCA.

So let’s keep that perspective and realize we’re not going to have all the answers right away. Or that one good/bad practice is the label that sticks to a guy. It’s all about consistency. How do you rebound after a bad day? Are you capable of stacking good days? That’s what is important to me.

1. A location to avoid the rain
2. Where players are lining up and on what teams.

To be more specific, let’s break down exactly some of the things I’m looking at today.

1. Cornerback Groupings – Where are William Gay and Senquez Golson going to line up? Who is kicking to the slot in nickel? And who is the backup?

Is Artie Burns playing just a side or are they moving him around (the likely answer is just one side)? Where does Doran Grant fit in?

2. Second Team OL – Again, more for note-keeping purposes because we know these guys will all switch after the first week. Is Jerald Hawkins starting off on the right or left? What about Chris Hubbard and B.J. Finney? It’ll serve as our starting point and a guide as we see players bounce around throughout the month.

Also, now that the team hasn’t added another offensive linemen and will roll into camp with just 14, who will be the lucky guy who gets to play on two teams? Last year, it was B.J. Finney but he bowed out after a conditioning issue. My guess is he gets first crack again. Let’s see if he can take advantage.

3. Sammie In the Slot? – I’ve said that one way Coates can show he deserves to get a chunk of playing time is showing he can function in the slot. It won’t be his dominant position when he’s on the field but showing he’s capable of it is going to let Todd Haley playing him more, knowing he can line up everywhere and isn’t limiting formation groupings. So let’s see if he’s getting reps there or if they’re keeping him solely on the outside.

4. Rookie Are Gunna Sweat – OTAs and minicamps were the warmup. Now the training wheels are coming off. Around the league, we’ve already seen rookies succumb to the heat and pace of camp. Chicago Bears’ first round pick Leonard Floyd was carted off and he played at Georgia, where I’m pretty sure it is always 400 degrees.

Rookies are going to have it worst but I’m pretty sure each young guy was sent home with a workout schedule. So there’s no excuse for not being in good enough shape.

When you’re not conditioned and hydrated properly, you’re prone to pulled hamstrings and the like. Let’s see who ends their practice early…and who took the necessary steps to make it through. Only going to get tougher.

5. Special Teams Pecking Order – I’m not positive if there’s going to be a special teams period on Day One but there was one last year. There is an importance to it, even if most gloss over it, but Day One, I’m curious where everyone will line up. Who gets the first crack at gunner? Who is the upback? Who is replacing Will Allen at left wing?

The biggest talk will come in the return game but we know all those guys, Demarcus Ayers and Eli Rogers, will get reps. I don’t exactly expect a big takeaway there.

6. First Man Up For Third Place – Who gets first crack at being the #3 running back with Le’Veon Bell potentially (likely?) out for the first month. The best bet is Daryl Richardson but from Day One, these guys will be working to establish and separate themselves.

The format of my reports will generally be the same as the previous two years. All the details I can give you followed by some odds and ends and fun stuff. I’ll answer one camp question every day on this post so feel free to send them to my Twitter, @Alex_Kozora. Of course, I always do my best to answer the rest on Twitter so if I don’t answer it here, just check there. I don’t have all the answers, especially on Day One, but I do my best to respond and give you all some sort of clearer picture.

As many of you know, my good ‘ol blogging self sits in the stands just like everyone else. Always love to meet and chat with you guys before or after practice so don’t be a stranger! But like I’ve said before, once the players start to pile out, I gotta focus on what’s happening.

Last year, I included a daily Mitch Hedberg joke. This year, it’s going to be quotes from one of my favorite cartoon characters of all-time, Coach McGuirk from Home Movies. If you don’t know the show, it’s the same voice actor as Bob from Bob’s Burgers and Archer from Archer. Home Movies was one of my favorite shows in high school, even the Season One old-school Squigglevision.

If you’re interested in donating, you can do so at this link here. Remember, this isn’t a “get me there,” fund. We’re already going, already there. Think of it as a tip jar if you like the work we do. You definitely are not obligated to one bit. Pay your bills, people.

Our food has been sponsored by the great people at Touring Plans and you can check out their website here for planning your next Disney trip.

All travel will be supplied by the McLumina. Look at its majestic beauty. 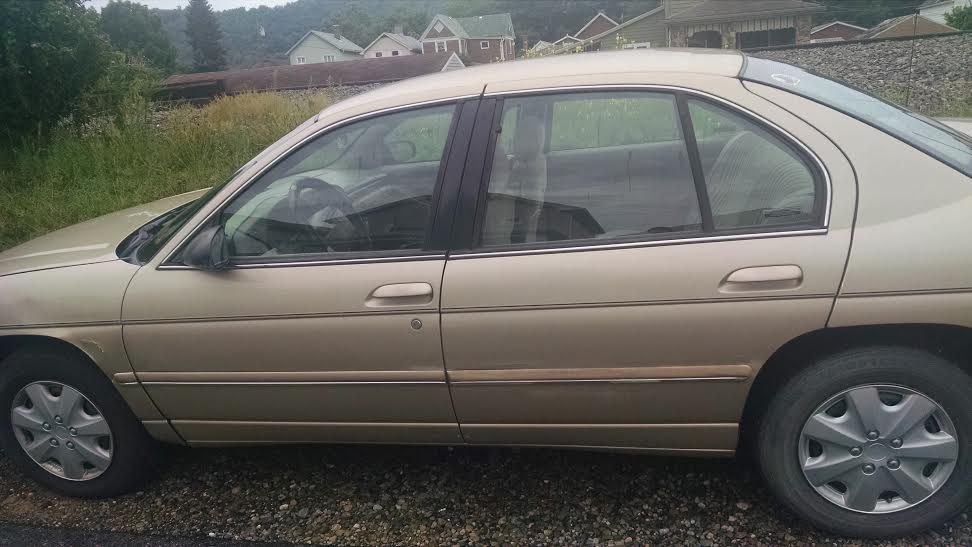 Majestic beauty and many dents. No A/C aside, the car’s done well, but I always worry about it catching on fire when I’m on Route 30. I guess you could say I’m a hypo-car-driac (*sad trombone sounds*).  The best part about this car is its speaker system, making me convinced this car was designed by an 11 year old.

But it is the McLumina. And it is mine.

So here we go. 14 days at the most beautiful place for football, St. Vincent College. It doesn’t get any better than that. Rolling, foggy hills right off the Arnold Palmer Regional Airport, planes buzzing to and from the runway. Seas of fans lining the fences along the stairs the players walk down from. Everything about it is perfect. And I can’t wait to share these next couple weeks with you, Steelers’ Nation.