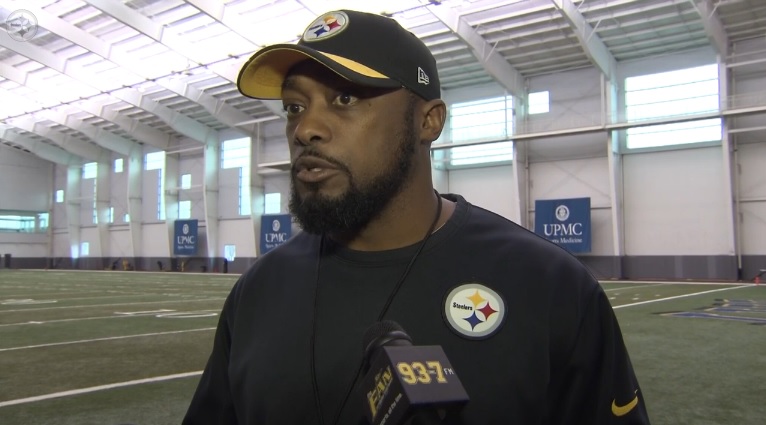 After going 8-for-11 on two-point conversions last season, there’s been quite a bit of speculation this past offseason that the Pittsburgh Steelers will attempt even more of them in 2016 as long as quarterback Ben Roethlisberger can remain healthy. During a Monday radio interview on Mike & Mike, head coach Mike Tomlin once again explained his philosophy behind going for two-points as frequently as he did and possibly will in the future.

“I think our comfort with the discussion and our comfort with pursuing it is steeped in our preparation,” said Tomlin. “It’s part of our practice plan. Obviously, I think having Ben at the quarterback position increases our level of comfort. You know Ben missed a few games over the course of last year and I wasn’t nearly as aggressive for obvious reasons. I think it’s the utilization of personnel and getting comfortable with your ability to operate in the situation and because we spend a lot of time working it, I think we feel comfortable on offense and on defense in that situation.”

During the offseason practices, Roethlisberger indicated that he has no problem with Tomlin deciding to go for two after every touchdown. However, he did later concede that’s unlikely to ultimately happen.

“I think we should go for it every time,” Roethlisberger said, according to Ed Bouchette of the Pittsburgh Post-Gazette. “Why not? If we do it every day and we’re 50 percent, I mean if you don’t make the first one but make the second one there’s your 14 points, so why not give it a shot?”

While I personally never heard Roethlisberger say it, Tomlin was asked about the Steelers quarterback saying this offseason that he would like to throw the football on every two-point attempt.

“It would be a problem if he didn’t want to throw it every time,” said Tomlin.

Tomlin was also asked if he is now prepared to go for it more on fourth downs moving forward due to the success the team has had going for two.

“I’m prepared to do whatever is required within the rules to win football games,” Tomlin predictably said. “And I think that provides an exciting game for our fans and ultimately that’s what we’re after. We’re trying to utilize the tools that we have to get out of stadiums with wins and I’m open to doing whatever is required to do that.”

Last year during the regular season, the Steelers went for it on fourth down a total of 12 times and that includes one fake punt that wound up being intercepted. They were successful on just 4 of those plays with two of those coming in the opener against the New England Patriots. In fact, both of those successful attempts came late in each half of that contest with the Steelers trailing by 14-points in each situation.

In the Steelers two playoff games, the offense went for it on fourth down three times in total and converted just once. That successful attempt came late in the fourth quarter of the Wild Card win over the Cincinatti Bengals when Roethlisberger connected with wide receiver Antonio Brown for 12 yards with 28 seconds remaining in regulation.