Assuming he’s able to stay healthy, Pittsburgh Steelers quarterback Ben Roethlisberger could ultimately wind up having a career year in 2016. In fact, the 34-year-old will presumably enter training camp next week as one of the early favorites to win the league’s 2016 MVP award.

According to odds recently released by Bovada, Roethlisberger is currently listed at 7/1 to win the MVP award this upcoming season and that’s second-best to only Green Bay Packers quarterback Aaron Rodgers, who is listed at 4/1.

While a wide receiver has never won the league MVP award, Antonio Brown is currently listed along with several other players by Bovada as having 66/1 odds. As for Steelers running back Le’Veon Bell, who as of Friday morning is reportedly facing a four-game suspension at the start of the 2016 regular-season, he is listed at 150/1.

To date, former Steelers quarterback Terry Bradshaw is the only Pittsburgh player to ever be named the league’s MVP and that happened back in 1978.

Last season, Roethlisberger threw for 3,938 yards and 21 touchdowns while completing a career-high 68% of his passes despite only playing in 12 regular-season games. 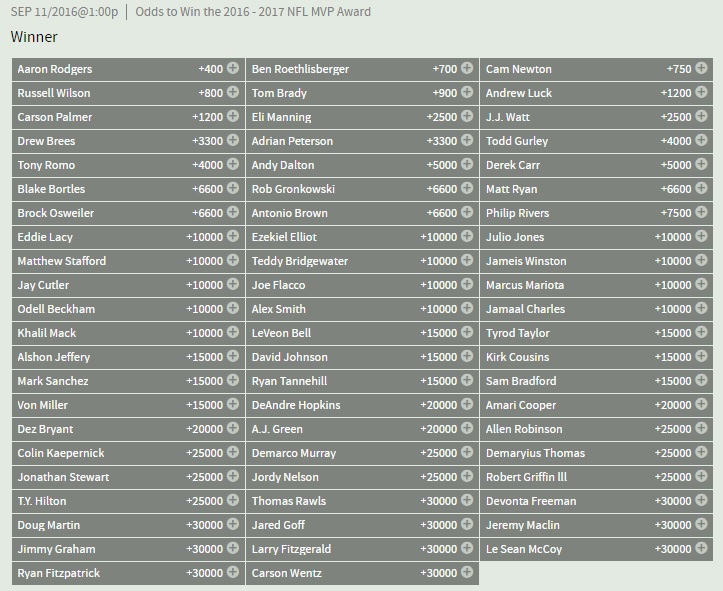