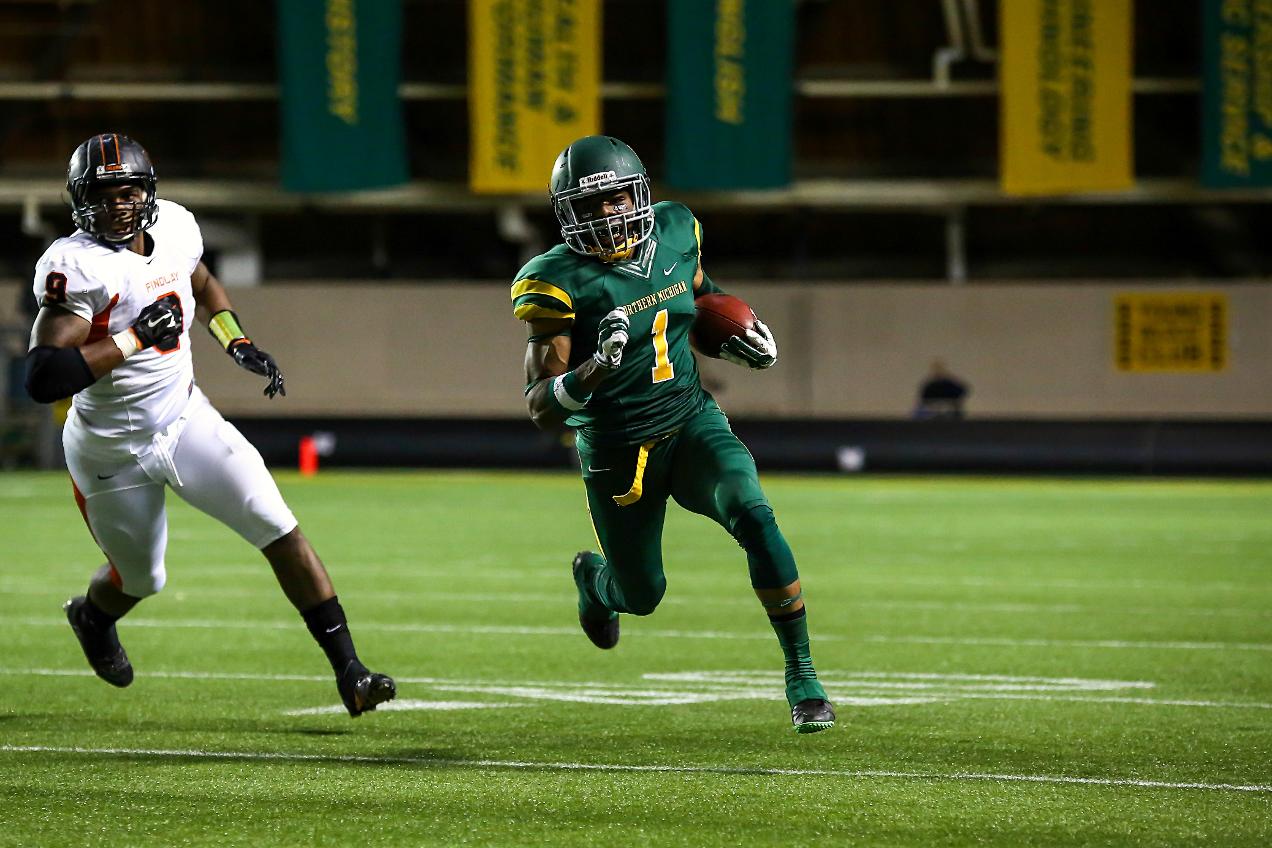 Marcus Tucker left the practice field, made his way to his locker, and cried.

As a tryout player that almost certainly means one thing. Turn your playbook in to Coach. You’ve been, as Jake Taylor explained in Major League, red-tagged.

But Tucker’s tears were not ones of sadness. They were of joy. He just learned he’d become a Pittsburgh Steeler.

“I’ll never forget this moment for the rest of my life,” he tells me in an interview over the weekend.

By now, you might know part of his story but it’s one worth telling again. It’s Sunday, Mother’s Day, and the last practice of rookie minicamp. His mother, Cynthia Tucker, is a huge Mike Tomlin fan. As a surprise gift, Tucker worked up the nerve to ask Tomlin to say hello. As the rookie saw it, this might be his only chance to do so.

“In my mind, I’m thinking, I don’t know if this is my last chance to ever see Mike Tomlin. This might be my last opportunity to ever be here, at this organization, or even be in Pittsburgh. So I want to try and make my mom’s day.”

Tomlin told the unknown receiver it was no problem and to go grab his phone. And then the league’s coolest coach did the coolest thing.

“So he says, ‘hey I just wanted to wish you a Happy Mother’s Day. I believe you have raised a fine young man and we wanted to give him an opportunity to make this football team. So we’re going to sign him to the 90 man roster.'”

It was then that Tucker went back to his locker room and cried. His mom did the same, at first, for the fact Tomlin called and then, of course, for her son’s big news.

“And I’m literally standing there while he’s saying this to my mom, and I just feel chills running down my body. It was such an amazing experience. I was overjoyed. After he hung up, I remember saying thank you probably 100 times.”

Tucker’s story is one that makes the most cynical grin but the NFL is not a charity. Make no mistake, he earned his way onto the roster. Going from tryout to roster is an accomplishment very few pull off. Arriving for rookie minicamp, he was an unknown from Northern Michigan, a D-II school of roughly 9000. And three days is all the time he had to leave his mark.

Tucker got his head in the playbook, asked questions, stayed attentive. And when injuries in front of him created an opportunity, he jumped at it.

Maybe ran at it is the better term. He believes one singular play helped open the coaching staff’s eyes to the player he could be.

“Once I got more reps, I made a play on the football deep down the field on a go-ball that was pretty eye-popping to the coaching staff. And I think literally catching that ball, I literally caught my contract. It was just awesome, just an awesome feeling.”

It’s a word he used 18 times in our interview. But it’s one that nearly never happened. As insurmountable as it seems that Tucker is on this roster, it was equally a longshot he’d end up in a camp. And not just in Pittsburgh.

The Steelers were the only team to call his agent. And for days, there was no room for a guy like him.

“Actually, in the beginning, the Steelers told me no. My agent was in contact with the organization and he called me back and said, ‘well I talked to them and they said the opportunity has sewn up. They have everyone they wanted to have for rookie minicamp.'”

Call it luck. Call it fate. But after a week, a spot opened up. Tucker was finally invited to tryout with the Steelers.

In Pittsburgh, there have only been eight tryouts immediately signed to a contract over the last five years. You can ballpark it at about 10%. But you can guarantee 100% of the players brought in, signed or not, have been shown respect by the coaching staff. Tucker isn’t the first to tell me that but he affirmed it.

“That’s one thing I love about being here. It doesn’t matter if you’re AB or if you’re the 90th man on the roster. You still have an opportunity to go out there every day, be coached up, and be given a chance to make this football team. The respect level and the way they treat guys here. I haven’t been anywhere else, nor do I want to be, but being here, it’s definitely a great experience. ”

We’re now in July, camp barely more than two weeks away. The feel-good stories are over. For him, it’s time to go to work. He tells me he’s been playing on the outside during the spring though feels like the team could give him time in the slot at St. Vincent. Ditto for kick returns, a background he established in college. He’ll have to improve and learn every single day.

You can boil the Steelers’ veteran receivers into two groups. The ones you learn by watching and the ones you learn by talking to. Antonio Brown is in the former. Just as Issac Blakeney recalled, Tucker can’t help but admire Brown’s work ethic and professionalism.

Markus Wheaton and Darrius Heyward-Bey share those strong work ethics, but they’re the guys rookies go to when in need of advice.

“Those guys are quick to pull you to the side and say, ‘hey young blood, you should’ve done this or should’ve done that.’ I just think those two guys are definitely leaders as far as it goes for the receiver job and help us get better, as the young guys go.”

But no one will be a more critical teacher than receivers’ coach Richard Mann. And Tucker, despite never meeting him until minicamp, already had a jump on his system.

“[Mann] actually coached my receivers coach at Northern Michigan, Marcus Knight. With my WR coach coming up under Coach Mann, some of the same terminology I used in college, I’m now hearing again.”

Knight spent 2004 with the Tampa Bay Buccaneers where Mann – and Tomlin – were stationed. It’s only a small leg up but for someone in Tucker’s shoes, he’ll take every advantage he can come by.

The competition he’s faced in the spring has given him all the preview he needs of how tough this league will be. He made note of the two toughest cornerbacks he faced in the spring. One old, one new. William Gay and Artie Burns.

Gay’s the old dog who knows all the tricks.

“He’s definitely a vet savvy kind of corner. Wow man, he’s so knowledgeable about the position and about the game. It’s like he knows what your’e going to do before you do it.”

And Burns has that rookie spunk, and that speed, to make him almost impossible to shake.

“He’s a special guy and he has a special talent…he’s also able to get his body in position to where if he’s beat, if he’s late, he’s blessed enough with the speed to be able to catch up and with the length, be able to make a play on the ball.”

Tucker has always taken the unconventional path to football. Battle Creek Michigan didn’t have a youth football program so his dad and friends started their own, giving the six year old Tucker his first chance to put on pads. It was a startup club team in Flint that provided the tape he would send to Northern Michigan. Maybe it isn’t a surprise to see him travel this rocky road and still manage to come out the other side, officially in the NFL.

He’s doing it for himself. To make his mark in the league But he’s also doing it for his family and the support system that’s aided him in reaching this point of his career.