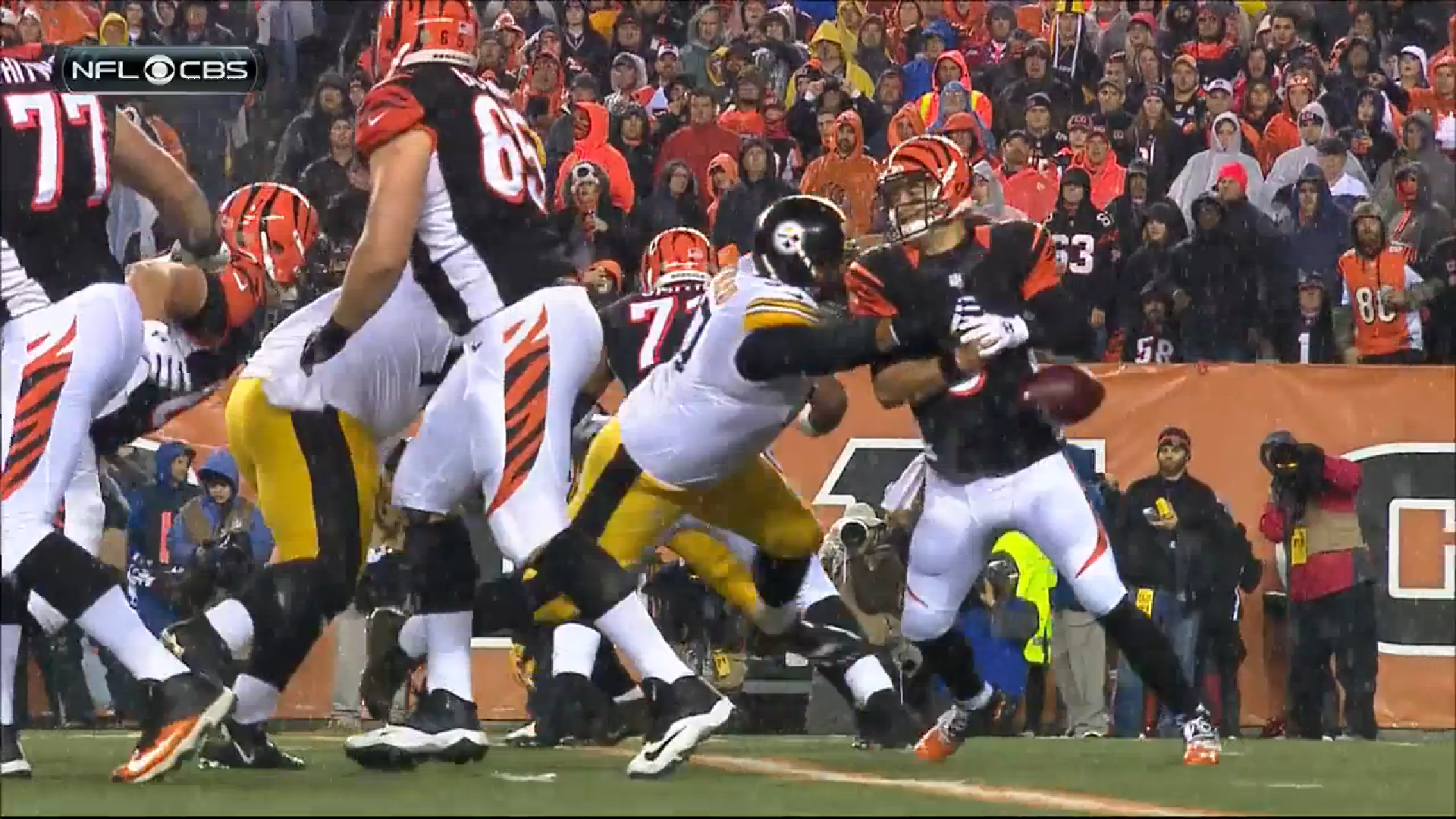 Though the Pittsburgh Steelers have invested heavily in their secondary over the course of the past three seasons, adding a starting safety in free agency and drafting three defensive backs in the first two rounds over that span, the reality remains that the hope of building a stalwart defense resides in the front seven.

Though they performed respectably last season, however, not everybody as yet is sold on their potential, and at particular issue, other than an overall lack of depth, is the fact that their outside linebackers outside of James Harrison have yet to credibly perform in a manner that suggests they can be more than just a bit part.

Pro Football Focus recently ranked the front seven of every team in the league, and they came away unimpressed with what the Steelers have going on up front at the moment, at least in comparison to the rest of the league.

The site listed Pittsburgh’s front seven 25th in the league, securely in the bottom third, and certainly not where they would like to be. One key stat in particular stood out for them, which is that they recorded pressure on only 39.3 percent of third-down passing plays, which was the sixth-worst rate in the league.

While the article notes that defensive end Cameron Heyward “is one of the most destructive interior defenders in the entire NFL”, that declaration came with the caveat that it is only true “when he is on his game”, and that “that is too infrequent to be the cornerstone of a defense”.

No mention was given of his running mate, Stephon Tuitt, who is entering his third season as a former second-round draft pick, and who seemed poised to begin rivaling the veteran Heyward at nearly every level, perhaps shy of durability, as Heyward has yet to miss a game through five NFL seasons thus far.

Pointing out that the Steelers have efforted to inject youth into their front seven over the past several drafts, they continue to see 38-year-old James Harrison as the defense’s most consistent player, and he is only a rotational player, whose snap count may well decrease this year.

With respect to the inside linebacker duo of Lawrence Timmons and Ryan Shazier, both former first-round draft picks, the article notes that cutting back on their missed tackles “would help the Steelers’ defense to be more settled and consistent in 2016. Timmons missed 21 tackles on his own, while Shazier also missed 13 in 12 games.

I don’t make a claim to be an expert on the defensive units on every team in the league, to be sure, but I can’t help but feel the 25th ranking is a bit low for this unit, even factoring out the amount of their esteem that may still rely more upon future potential rather than past performance. But that doesn’t mean there might not be some truth to what the article has to say.