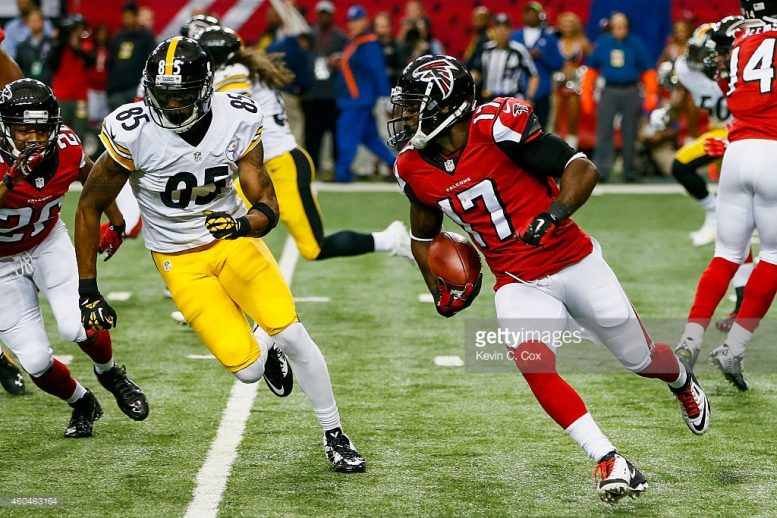 Last November, the Pittsburgh Steelers decided to sign veteran return man Jacoby Jones in hopes that he could give them a spark on special teams on both kickoffs and punts. That spark unfortunately never happened as the longtime Baltimore Ravens specialist was a shell of his former self. On Tuesday, the Atlanta Falcons released veteran returner Devin Hester and I’m sure several Steelers fans will wonder if the team will have any interest in the 33-year-old.

Last year, Hester was placed on the Falcons injured-reserve designated to return list at the beginning of the season with a toe injury. He finally returned in Week 13 and recorded 269 total return yards on 9 kickoffs and 7 punts during the Falcons last five games of the year.

While Hester can also play wide receiver, he only logged one offensive snap with the Falcons at the position in 2015. In short, he is merely a specialist at this point of his career.

While it’s yet to be seen who will ultimately return punts and kickoffs for the Steelers during the 2016 season, the team did draft wide receiver Demarcus Ayers in the seventh-round of this year’s draft as they reportedly viewed him as the best punt returner in this year’s class. Ayers is expected to compete against second-year wide receiver Eli Rogers and several other young receivers during training camp for a roster spot. Rogers, like Ayers, also returned punts during his college career.

As things stand right now, Steelers star wide receiver Antonio Brown should probably be considered the team’s leading candidate to once again be the team’s opening week punt returner as it would be surprising to see head coach Mike Tomlin use a young player in that role. It’s a job that Brown likes to do and does well, and he didn’t seem to be too pleased when the team decided to sign Jones late last season.

As for as who will ultimately return kickoffs for the Steelers in 2016, it’s anyone’s guess at this point. Even though Ayers did return some during his college career at Houston, he didn’t return any kickoffs last season. Should he and Rogers ultimately not be considered a legitimate option for that role, that could possibly leave starting wide receiver Markus Wheaton as the most viable option being as he has some limited experience returning kickoffs over the course of the last few seasons.

If the Steelers do consider signing Hester, and assuming he’s fully healthy and wanting to play one more season, one would think the only way that would happen is if the veteran were to agree to a one-year contract for the veteran minimum. At the time of this posting, it does not appear as though Hester was released by the Falcons with any injury designation. We should know for sure later on in the day and by Wednesday evening at the latest.

Tomlin has spoke highly of Hester in the past as evidenced in this 2010 interview on steelers.com. Back then, Tomlin named Hester as one of a few rare players in the league who possessed the skill set to return both punts and kickoffs in the NFL. That, however, was six years ago.

In 2007, Tomlin’s first year as the Steelers head coach, Pittsburgh traded a 2008 conditional draft pick to the Falcons for return specialist Allen Rossum. That season, Rossum averaged 23.3 yards per kickoff return with one touchdown and 6.4 yards per punt return. He was 32-years-old at the time.

Hester, in case you’re curious, was scheduled to earn a $3 million base salary in 2016 with the Falcons, so it’s not surprising Atlanta cut him loose on Tuesday.

UPDATE: “He passed his (pre-camp) physical,” Dimitroff said. “It was a football decision for us in the end. Not to be evasive about it, but we wish him a lot of luck and we think it’s best for the organization for us to move forward.”