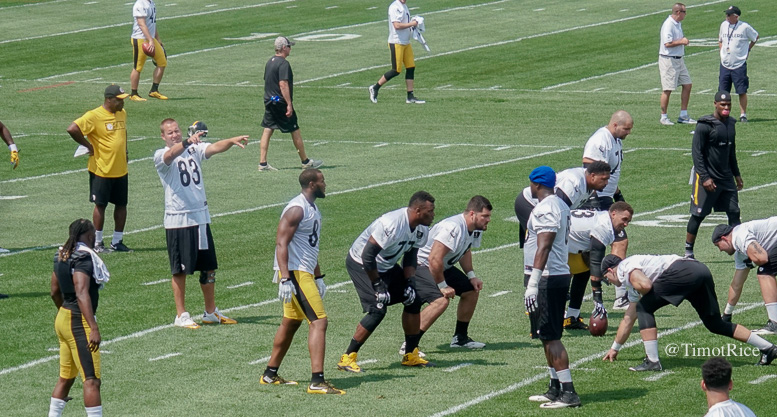 Over the course of his long career in the NFL, Pittsburgh Steelers quarterback Ben Roethlisberger has missed his share of games due to knee injuries with four of them coming last season. During Friday’s first training camp practice of 2016, Roethlisberger was spotted wearing a knee brace and he was asked if he plans on using it during the upcoming season.

“We’re going to see,” Roethlisberger said. “Talked to doc, there’s no reason to wear it, don’t need to do it, but we might. We’re just going to try and see and make sure it doesn’t hinder any movements. If it doesn’t bother me, then I might I might wear it just as a precaution.”

In a Friday morning interview with Ed Bouchette of the Pittsburgh Post-Gazette, Roethlisberger said “his arm is as strong as ever, and he feels he is in tip-top condition after concentrating on cardio and arm exercises this year and not as much on strength training.”

“I feel great,” the quarterback told Bouchette. “I don’t know if it’s the extra work I put in or that injuries were able to heal better. I’m trying to prolong my career if I can.”

While Roethlisberger isn’t the fleetest of foot as he enters his 13th season in the league, the Steelers quarterback isn’t scared to take off with the football whenever the need arises. So, does Roethlisberger plan on running it in from the two-yard-line this year?

“We’re going to get in any way we can. Even if I have run it in,” Roethlisberger said.

Hopefully it doesn’t come to that very often during the 2016 season.