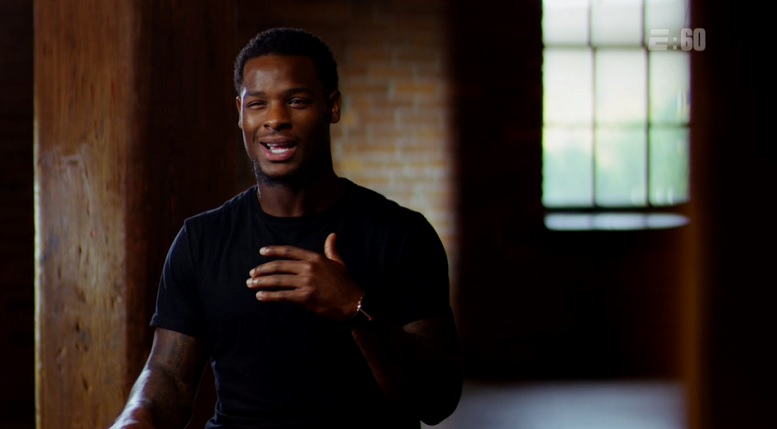 As we sit here and wait to find out whether or not the appeal of Pittsburgh Steelers running back Le’Veon Bell will result in his reported four-game suspension being overturned for allegedly missing “multiple” drug tests, new information surfaced on Monday as to why he may have missed those tests.

According to Stan Savran of 970 ESPN Radio, Bell allegedly didn’t know about his scheduled drug tests due to him changing his phone number.

So, what does the NFL’s substance abuse policy say about missed tests? Below is a copy of APPENDIX E: 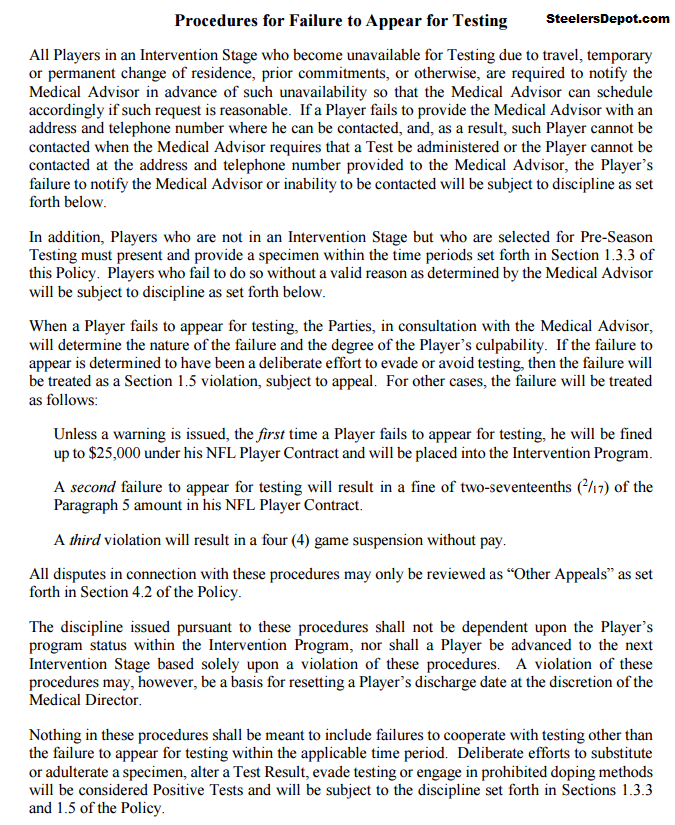 As you can see above, and assuming Bell indeed missed three tests, that is how the league likely arrived at a four-game suspension for the Steelers running back.

Assuming the reason Bell did indeed miss these multiple tests due to him changing his phone number, the league will probably argue that he should have known to alert the Medical Advisor and Medical Director of the change.

From 1.6 Location Information and Notice

Any notice required to be provided to a Player under this Policy will be deemed to have occurred: (1) when delivery is made via Federal Express or similar means of overnight delivery to the address provided by a Player (no signature required); or (2) when a voicemail or text message is left at the telephone number provided by a Player. The Management Council is not required to establish individual receipt by the Player.

The NFL Management Council and the NFLPA shall be promptly notified whenever an event occurs that will subject a Player to discipline in any Intervention Stage.

Now, according to my research, Savran is the only one reporting that Bell’s missed tests were a result of the running back changing his phone number, but it does sound like a plausible explanation, or attempt at one.

As of the time of this posting, the league has yet to announce that Bell has even been suspended and that’s likely because his appeal is pending. As you already know by now, Bell said on Instagram late last night that he is confident that he will win his appeal and thus not miss any games this upcoming season.

I’m guessing Bell will be asked about the alleged changed phone number report by the media on Thursday when he gets around to addressing them after arriving at Saint Vincent College in Latrobe for the start of training camp. Until then, hold the phone and wait for more developments on the situation as we’ll be sure to pass them along to you.