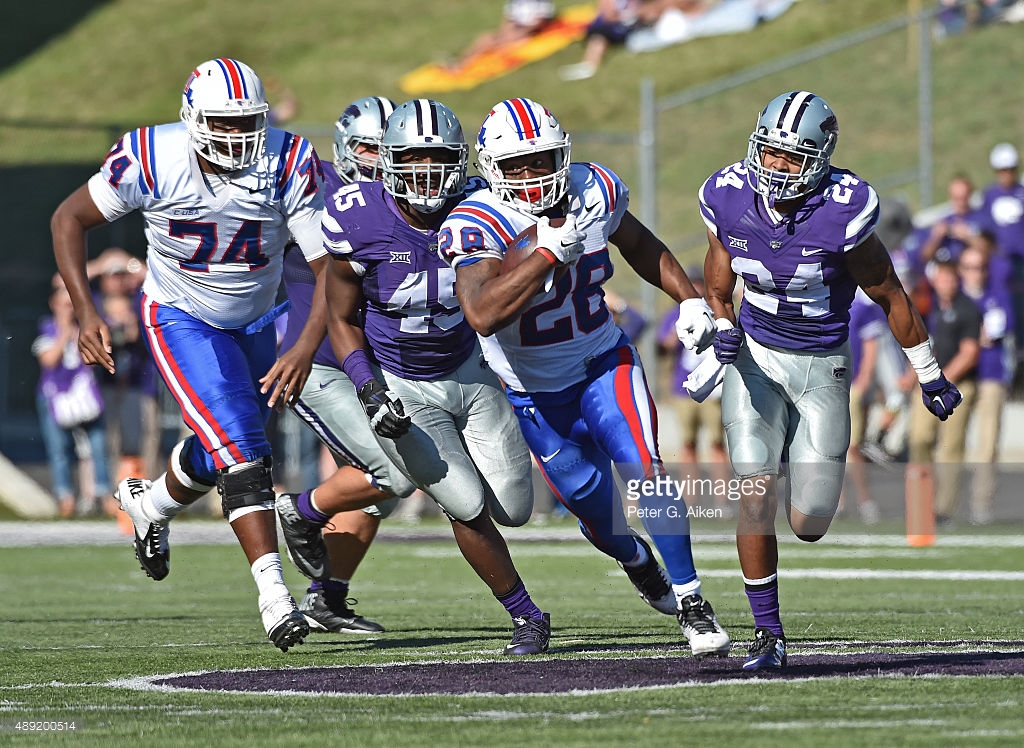 If there is one thing that the Baltimore Ravens cannot be accused of, it is failing to take the running back position seriously. The AFC North rivals have seemingly stockpiled such a number of running backs on the roster that their stable even includes former first-round bust Trent Richardson, originally drafted by the Browns, and he certainly doesn’t look like he is going to make the roster.

Aside from veteran Justin Forsett, who had been a nice free agency find for the Ravens a couple of years back, they have accumulated a number of young running backs over the course of the past few drafts, including yet another one that they added during the 2016 NFL Draft.

As for Forsett, he had a bit of a letdown season due to the fact that he was limited to only 10 games last season, but he still managed to rush for over four yards per carry. He totaled 641 yards and 151 carries and rushed for two touchdowns, but also added 31 receptions for another 153 yards. In 2014, he ran for 1266 yards at 5.4 yards per carry.

Behind Forsett are a number of interesting young names, including third-year running back Lorenzo Taliaferro, second-year running back Buck Allen, and rookie Kenneth Dixon, who may ultimately emerge from this group of players to end up being the starting running back by the end of the season after the Ravens added him in the fourth round of the draft.

Aside from Richardson, Baltimore also added another former Browns running back in the form of Terrance West, a former second-round draft pick who had a solid rookie season before he seemed to wear out his welcome, even if he appears to have some skills, though he will figure to have a difficult time making the roster I believe.

Taliaferro’s role was not significant last year, limited to just 13 rushing attempts for 47 yards and a touchdown, but he recorded 68 rushes for 292 yards and four touchdowns as a rookie. It was Allen who took over Taliaferro’s role, and ultimately started in place of Forsett for six games.

On the season, Allen recorded 137 rushing attempts for 514 yards, adding 45 receptions for 353 yards, and he combined to record three touchdowns between the ground and the air. This was all largely, of course, coming from a battered Ravens team that was beleaguered by an uncharacteristic number of injuries.

Dixon, as mentioned, may continue the trend of leapfrogging the previous back from the earlier draft. A former Louisiana Tech product, he posted a school-record 4480 rushing yards in 47 games, with 38 starts, to go along with 72 rushing touchdowns. He also gained almost 1000 yards with another 15 touchdowns through the air on 88 receptions.

Though only 5’10”, he weighs in at about 215 pounds, but still posted a 40-yard dash time in the 4.5 range. Between him Forsett, and Allen, I believe that the Ravens are building an impressive stable of running backs capable of running for their offensive preferences.