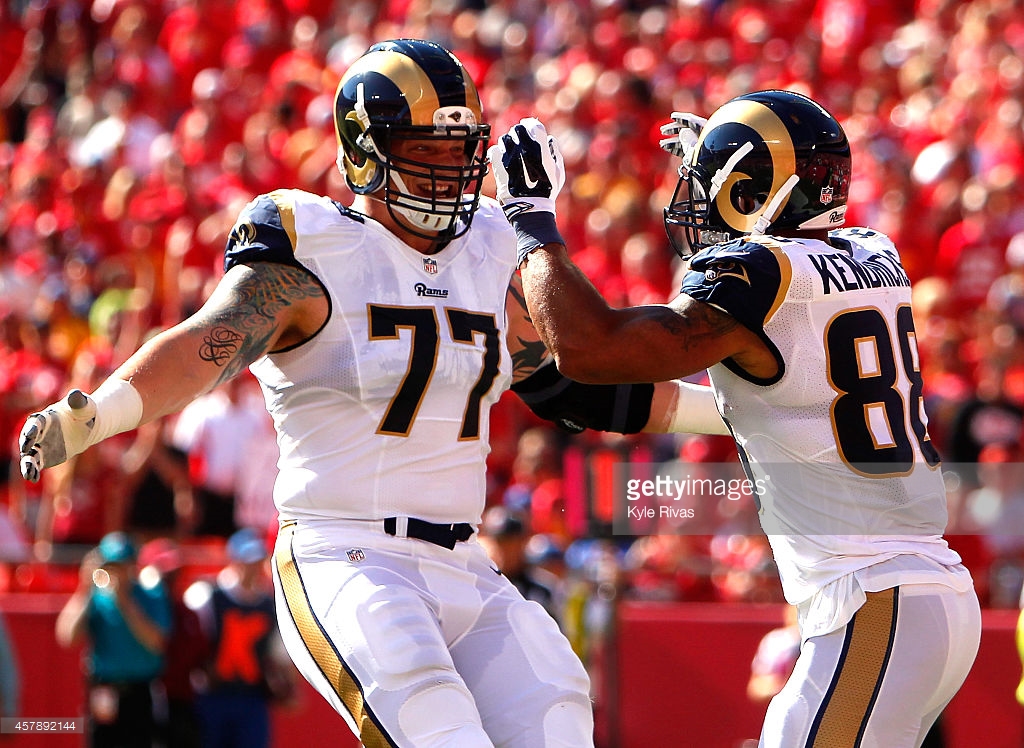 The Baltimore Ravens used their first-round draft pick in order to select offensive tackle Ronnie Stanley, who is anticipated to be a plug-and-play starter at left tackle. That became the clear leading theory after the team subsequently released Eugene Monroe, who had been their primary starter the last couple years.

But they still found themselves with a depth problem after Monroe’s release. Kelechi Osemele had eventually moved over from guard to tackle after Monroe’s injury last year, but he signed with the Raiders in free agency. Backup James Hurst has left much to be desired when he was in the game the last few years.

To that end, Baltimore has been working on signing former Pro Bowl offensive tackle Jake Long over the past few days, though it appears that that signing is still a work in progress. Yesterday, the team Tweeted that Long is still undergoing the process of taking a physical, and that his knee is going to be evaluated by Dr. James Andrews.

Assuming that Long is given a clean bill of health, it appears as though the Ravens are prepared to sign him, although it is not entirely clear in what sort of capacity he is being brought in, with Stanley at left tackle and Rick Wagner at right tackle.

It is unknown whether or not the Ravens’ intention in bringing him in is to give him an opportunity to compete for a starting job or if they simply desire to have him on board to serve as the team’s swing tackle for depth purposes.

Originally drafted first overall by the Dolphins in 2008, Long played out his rookie contract with Miami, starting all but six games, all over the course of his final two seasons with the team. He made the Pro Bowl in his first four seasons, and the All-Pro list (once first-team) twice in that same duration.

Since then, however, Long has battled injuries, which has dampened his effectiveness. he has suffered a couple of torn ACLs, among other injuries, that have dramatically reduced his market value from the $9 million per season contract that he signed in 2013.

He played two seasons of a four-year contract with the Rams, and signed an in-season contract with the Falcons last year, starting four of the last five games, but he remained a free agent up to this point, on the eve of teams opening their training camps.

Of course, the belabored physical, with the consultation of Andrews for his knee, strongly suggests that his health not doubt plays a big role in why he has remained available for all this time, but it is apparent that teams no longer view him as the player that he once was either.

Still, if he could show to be a competent starter, it could give the Ravens an opportunity to let Stanley come around slowly, or to replace Wagner at right tackle. At the very least, he should offer the quality depth that they lost with the release of Monroe, who has since retired.