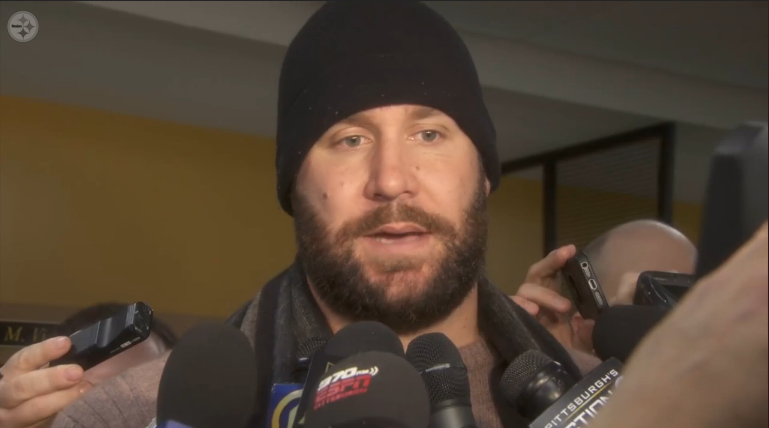 In the midst of the off-season, plenty of writers are grasping for stories to try and keep audiences locked in and interested during the height of NBA and NHL free agency and the dog days of summer in MLB.

I don’t profess to be any different. If you’ve read my “Ranking the Starters” piece, you know I’m quite controversial at times when it comes to players and I really stand by my thought process.

I’ll attempt to do that in this next series by ranking the position groups of the AFC North, starting with the Quarterbacks room.

Although the Steelers don’t have as much depth at the position like the Cincinnati Bengals do, the trump card for the Steelers just so happens to be Ben Roethlisberger, who is by far (I don’t think anyone would disagree with this) the best quarterback in the AFC North.

No, Joe Flacco is not elite. Yes, Andy Dalton is closing in on the “elite” status. Roethlisberger is elite and has been elite for quite some time. He’s arguably one of the top 5 QB’s in the league today. That alone puts the Steelers at the top of the chart for AFC North quarterbacks.

Behind Roethlisberger is Landry Jones and Bruce Gradkowski, who will partake in a heated training camp battle for the No. 2 job. The loser could be released outright.

After Jones and Gradkowski is Dustin Vaughan, who pretty much has no shot at wearing a Steelers uniform this season.

Andy Dalton has really come into his own these last few years and, regardless of how you feel about the Bengals, he has been a key component in making them a legit contender year after year, not only in the AFC North, but in the AFC as a whole.

Yes, Dalton hasn’t won a playoff game, but he missed last year’s contest with the broken thumb he suffered trying to tackle Stephon Tuitt after an interception in the regular season.

Numbers don’t lie, and the numbers showed Dalton had a tremendous season last year. He did lose two of his top three targets to free agency, and Tyler Eifert is coming off of surgery and should miss the first month of the year or so, but Dalton and AJ Green are a lethal combination.

Behind Dalton, AJ McCarron proved competent last season in relief, managing the Bengals to the brink of victory of the Steelers in the Wild Card game, but we all know how that one went.

McCarron showed he could start in this league, but for now he’s backing up Dalton. Behind McCarron is Keith Wenning and Joe Licata, but neither will play a significant role in the success or failure of the position next season.

Joe Flacco is coming off of surgery for a torn ACL suffered last season and really looked lost prior to the injury.

At times last year Flacco looked old, slow to react to what was happening in front of him and his accuracy was woeful. It didn’t help that outside of Steve Smith, his best weapons were Kamar Aiken (whom I like as a receiver) and Jeremy Butler.

This year, Smith is back and hoping to make the roster after coming off of a torn Achilles, while Aiken is looking for another big year. Former Steeler Mike Wallace is in Baltimore as well, providing Flacco with a deep ball threat again in the form of Torrey Smith, while Breshad Perriman might be able to finally make his NFL debut.

With all of the weapons in Baltimore now, it’s up to Flacco to get back to his 2012 form. I really don’t think he can.

Backing up Flacco is Ryan Mallett, who beat the Steelers last year, while Josh Johnson and Jerrod Johnson are the No. 3 and 4 options at a position crushed by injury last season.

Although they’re the last team in the division at the most important position for yet another year, I do like what the Browns are doing and have in place under new head coach Hue Jackson.

While it’s true Robert Griffin III is far removed from his glory days in Washington, he’s still just 27 years old and is going to work under the watchful eye of Jackson, who has a great track record with QBs and offenses.

That being said, RG3 isn’t a lock for the starting job as Josh McCown is still in the QB room and has had a resurgence dating back to his Chicago days.

Outside of McCown, third-round pick Cody Kessler looks like the QB of the future (at least for now), while Austin Davis is the fourth option. Connor Shaw was released last week.

The room has some talent in RG3, McCown and Kessler, but it’s nowhere near the rest of the division at this point in time.